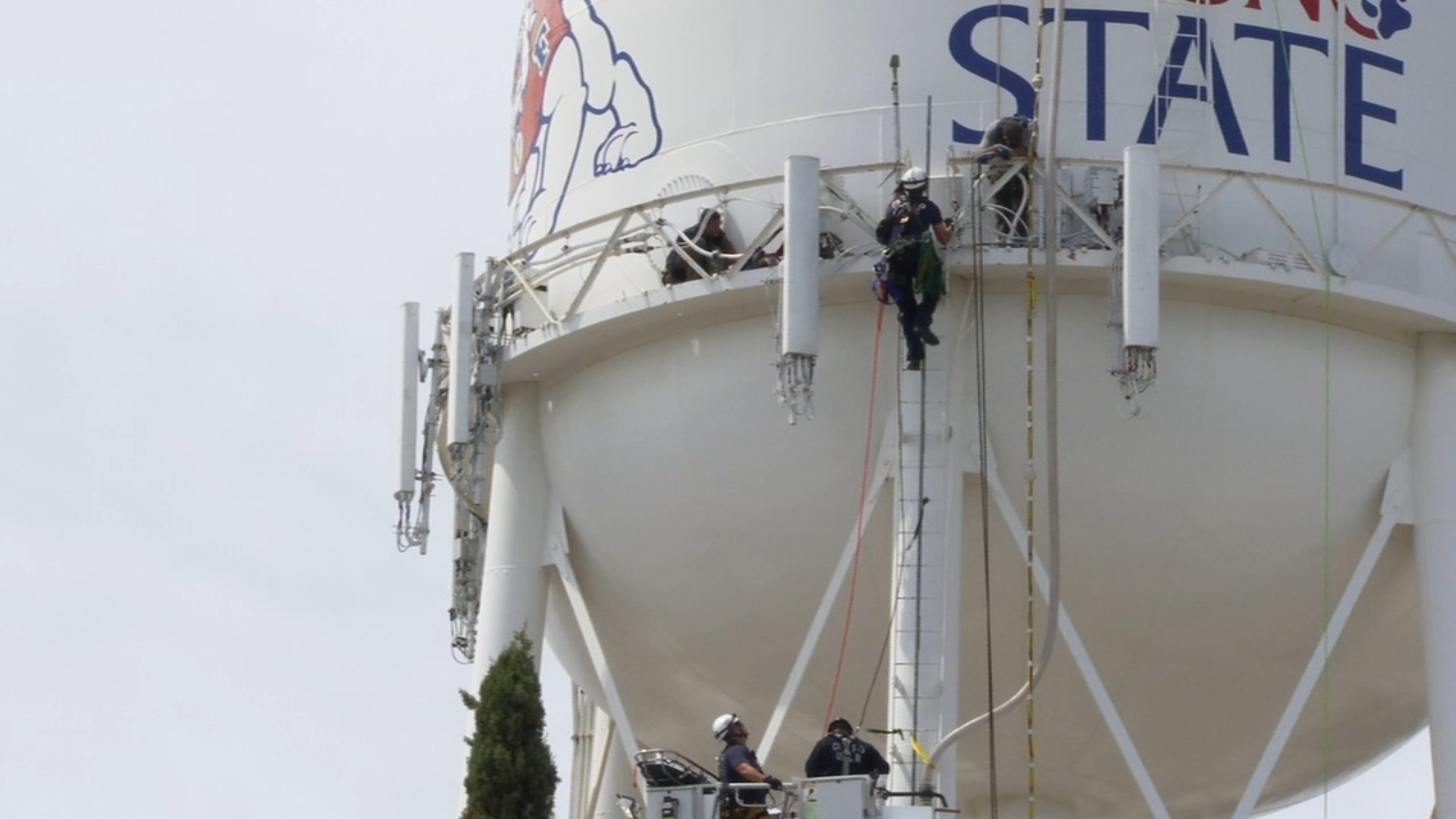 FRESNO, Calif. (KFSN) — A man working atop the iconic Fresno State water tower had to be rushed to the hospital today after being overcome with heat, eventually going into cardiac arrest.

“The extended work period up on top there, the strenuous work that they were doing with the heat and the high humidity today, it just overcame him,” said Batallion Chief Mike Gibson of the Fresno Fire Department.

The man was one of three divers who were scheduled to do maintenance work on the inside of the water tower on the Fresno State campus.

Fresno Fire says he had a pulse and was breathing in the ambulance on the way to Saint Agnes Hospital.

According to the Fresno Fire Department, rescue crews had to remove the other two workers from the tower as they were not in a condition to make the 130 ft. climb down on their own. Those two workers were not transported to the hospital.

“It was so much work on the guys to perform the rescue that we had to rotate those crew members through to keep those bodies fresh,” said Batt. Cheif Gibson. “Because you can get very dehydrated quick when you do operations like this when you have all of your gear on at the higher altitudes.”

The workers were contracted by the university through an Oregon based company, LiquiVision Technology. According to the university, the campus has used the company several times in the past. Workers were there to clean and inspect the water tower’s 150,000 gallon reserve, which is a service that is required every three years.

A Fresno State spokesperson says the divers were aware and advised of the excessive heat warning in place for the Valley this week.

ABC30 reached out to the company who employs the workers, but they did not return our request for comment.

Fresno Fire says the shaking from Wednesday’s earthquake had no connection to the workers needing rescue.

Students protest racism at Capistrano Unified meeting, request change from the school board

Q&A: What is Seattle’s ‘autonomous zone’? And what happens next?