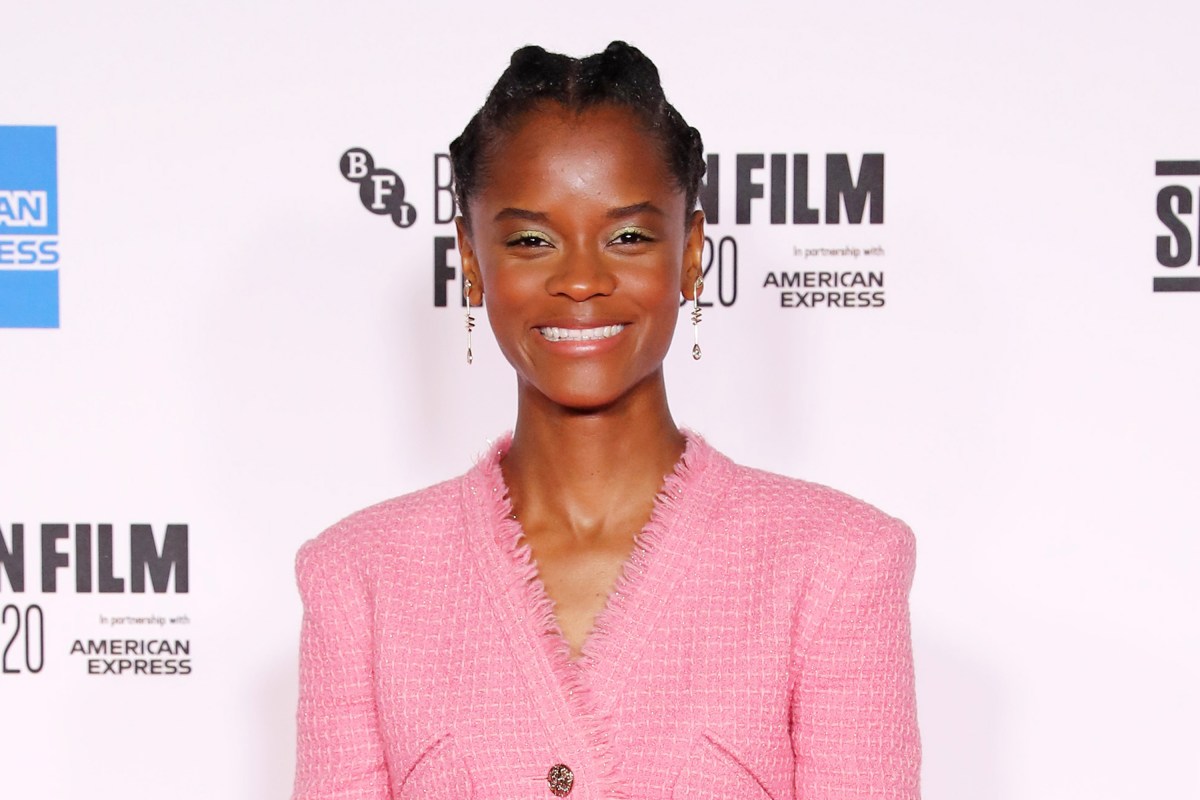 Is November starting to drag for you? Are you finding it hard to get motivated for that last push before the holiday season really hits? Having trouble even remembering what day it is? Well, then let us help you out by throwing a brand new Woman Crush Wednesday your way! Not only will this article clarify what day it is, but it will also give you the boost and inspiration you need to get through the rest of the month by celebrating an extremely talented young woman who has already accomplished a lot in her career and who surely has many more accomplishments and wonderful work coming her way. So, without further ado, give it up for this week’s WCW, the sensational Letitia Wright!

WHY WE’RE CRUSHING: Wright stars in Small Axe‘s Mangrove as real-life Trinidadian physician, research scientist, and one of the leaders of the British Black Panther Movement in the 1960s and 1970s, Altheia Jones. Small Axe is an anthology film series created and directed by Steve McQueen, and is based on the real-life experiences of London’s West Indian community between 1969 and 1982.

Wright’s Mangrove will be the first in this film series to drop on Amazon Prime Video this Friday, November 20th (with each premiering weekly on the following Fridays), and tells this true story of The Mangrove Nine, who clashed with London police in 1970. The trial that followed was the first judicial acknowledgment of behavior motivated by racial hatred within the Metropolitan Police. Shaun Parkes, Malachi Kirby, and Jack Lowden star alongside Wright in Mangrove, with actors and actresses like John Boyega, Samuel West, Michael Ward, and Jodhi May appearing in other episodes of the five-part mini-series. See Wright and the rest of this incredible cast’s great work in Small Axe.

WHY WE’RE CRUSHING: For the past decade, Wright has consistently churned out one great performance after another on screens big and small, beginning back in 2011 with a two-episode stint as Ellie Maynard on BBC One medical drama series Holby City. From there, she appeared in a steady stream of shows like crime drama Top Boy in 2011, anthology series Coming Up in 2013, crime drama Chasing Shadows in 2014, drama Banana (as well as in its sister series, Cucumber) in 2015, popular sci-fi series Doctor Who in 2015, and sci-fi series Humans in 2017, as well as in films like 2011 action drama Victim, 2012 crime drama My Brother the Devil, 2015 coming-of-age drama Urban Hymn, 2018 action thriller The Commuter, and 2018 sci-fi action adventure Ready Player One.

However, Wright’s biggest roles for film and television hit with rapid succession in 2017 and 2018, beginning with an episode of Netflix dystopian sci-fi anthology Black Mirror in 2017, which saw her nominated for a Primetime Emmy Award in Outstanding Supporting Actress in a Limited Series or Movie, and then with both Black Panther and Avengers: Infinity War coming out in 2018, thus catapulting the actress into the public eye like never before. In both of the aforementioned superhero blockbuster films, Wright plays Shuri, a princess of Wakanda, the sister of Wakandan king and Black Panther T’Challa (Chadwick Boseman), and an overall badass and scene stealer. Wright reprised her role of Shuri in 2019 for Avengers: Endgame, the final movie of the epic Avengers saga. With a filmography as dense and dynamic as hers, Wright is clearly a talented actress with range, and who has a long and successful career ahead of her.

WHERE YOU’LL SEE HER AGAIN: Luckily, you won’t have to wait too much longer to see more from Wright! She is set to star in mystery thriller film Death on the Nile, which is based upon Agatha Christie’s 1937 murder mystery novel of the same name and is set to come out next year. The movie centers around beloved Christie detective, Hercule Poirot (Kenneth Branagh), who must investigate the murder of a young heiress while on vacation on the Nile. Another film you can look forward to in the coming year or two is Surrounded, a drama film starring and co-produced by Wright, and in which a female Buffalo Soldier (Wright) disguised as a man traveling west to claim a gold mine must keep a dangerous outlaw away from his gang. Lastly, Wright will Wright is also set to star alongside Tamara Lawrence in true crime film Silent Twins, which is currently in pre-production, and tells the eerie story of twin sisters who were entirely silent, communicating only to each other as children. As teenagers, they became obsessed with writing fiction, then with teenage boys, and finally, with crime.

If all of that isn’t enough to sate you, then don’t worry. You can still keep up with Wright by following her on Twitter and Instagram, so do yourselves a favor and show her some love!

How risky is flying during a pandemic? What we know and how to make it safer