What Does the Released Footage Around OC Sheriff Deputy Killing of Kurt Reinhold Show? 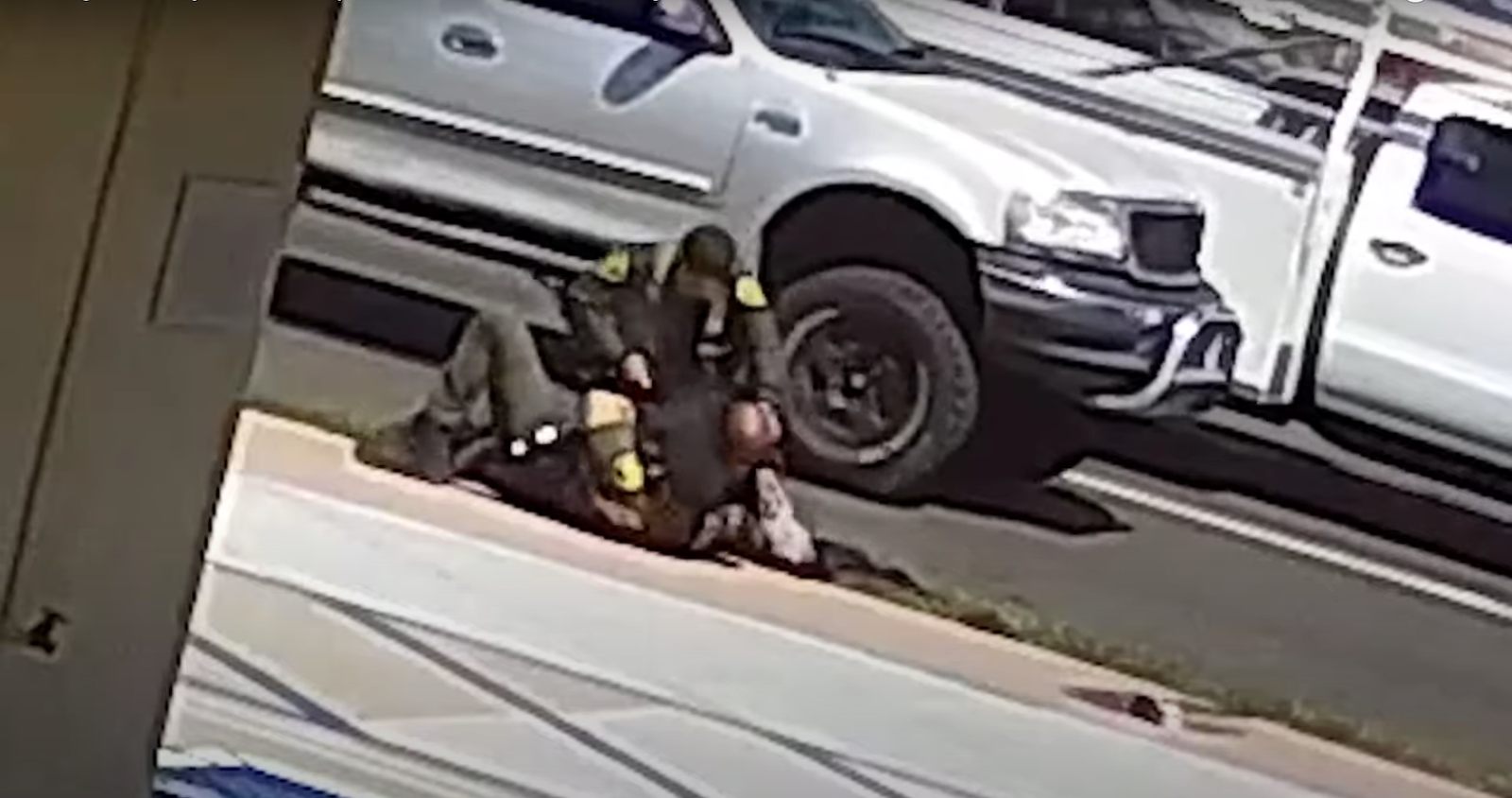 Sheriff officials have maintained that Reinhold reached for a deputy’s gun during the struggle, before a deputy shot him twice.

Critics and Reinhold’s family question why a jaywalking stop led to the violent death of the man the deputies were tasked with helping.

The Sept. 23 jaywalking stop plays out in footage released by Sheriff officials last month, around an incident that has since sparked protests in the city, a wrongful death lawsuit by Reinhold’s family, and now, media attention from around the U.S.

Some of the footage captures what sheriff officials claim is the moment Reinhold reached for one deputy’s gun.

Other footage also shows the deputies debating in their car whether or not to stop Reinhold in the first place.

All of it is bound together by Sheriff officials into one critical incident briefing video on YouTube.

Attorneys for Reinhold’s family say the new footage only bolsters their claim that Reinhold’s killing was highly unnecessary and an act of racism.

“The biggest thing for us is that, we believe, now having seen the … footage is this was a racially motivated stop, and the deputies had no reason to detain Mr. Reinhold,” said one of the family’s attorneys, Neil Gehlawat.

In an interview on March 2, he called the deputies’ actions “pure escalation.”

“Bottom line, police officers aren’t allowed to lose, and we’re not permitted to struggle with somebody and then at some point say, ‘Okay, I give up, you can go,’” said Jay Six, a law enforcement veteran and policing ethics specialist at the Institute for the Law Enforcement Administration in Texas, reacting to the footage.

“And so, the challenge is trying to avoid that use of force to begin with so that it doesn’t escalate to the point where, you know, the officers are in a position where they cannot afford to lose and then step it up to the next level,” he said.

The first clip comes from the deputies’ vehicle at approximately 1:30 pm, according to Sheriff officials describing the events in the briefing video.

“Watch this. He’s going to jaywalk,” one deputy can be heard saying, as Reinhold stands across the street from the deputies by San Gabriel Road, which intersects with El Camino Real and dead ends.

Reinhold had just purchased an iced tea from the nearby liquor store.

They drove over as soon as Reinhold stepped into the intersection. No cars were coming Reinhold’s way as he crossed.

The deputies appear to debate whether to stop him in the first place, with one saying the crosswalk is controlled, while the other says “I don’t know dude.”

Gehlawat said that portion of the video was “very disturbing to us,” saying it shows the deputies had been watching Reinhold for some time beforehand and that they “had it out for him.”

At that point, Reinhold stopped in the middle of the crosswalk and began to walk back.

“Are you going to stop or are we going to have to make you stop?” one deputy asked after pulling up near where Reinhold was.

“For what? For what?” Reinhold replied. “What are you talking about? I’m walking.”

This goes on for a bit, as Reinhold repeatedly tells deputies to stop touching him. Reinhold insists on walking away. The deputies insist on stopping him.

In that moment, Six said, the deputies have “decisions to make … They made the decision to stop him and then of course, he was resistant to being stopped.”

Such decisions involve questions like, “How far do we press this? Do we just let him walk, go ahead and walk across the street or try to get him to come back to the curb?” Six said.

The second clip in the Sheriff briefing video comes from a bystander’s cell phone footage.

The next video is from a witness’ cell phone, which starts after deputies tried to stop Reinhold.

In this clip, the deputies are reaching their hands out to Reinhold who is trying to move away from them.

They’re now on the road.

The video turns away for a brief moment and returns to the deputies following Reinhold as he again moves away. One deputy grabs him from behind, the other moves upon Reinhold from the other direction.

A struggle ensues as Reinhold and the two deputies fall to the ground.

The witness filming mutters “oh shit” as the deputies wrestle with Reinhold.

In the Sheriff briefing video, department spokesman Sgt. Dennis Breckner said “during the use of force, one witness is heard on the cell phone video saying ‘He’s got my gun’ multiple times.”

The cell phone video pans away from the struggle as two shots are fired. The video pans back as the officers crouch over Reinhold and begin CPR.

The third clip is from a nearby Motel’s surveillance camera.

The next clip is from a motion-activated surveillance camera of a nearby motel.

The department in the briefing video freezes the frame for a number of seconds on what they claim is Reinhold reaching for the deputy’s gun, but the video has significantly low resolution. His hand is also in that area for just a brief moment.

Sheriff officials in their briefing video drew a circle over what they claim is Reinhold reaching for a deputy’s gun.

“If he did grab the officer’s weapon, that certainly jacks up the risk factors,” Six said, but added “the deputies allowed that to escalate and it did escalate to the point of a fight for someone’s life.”

Six said it comes down to this question:

“If these guys are responsible for dealing with the homeless, then were they living up to the expectations of their charge?”

Gehlawat says no, and raised questions over the actual purpose of homeless outreach deputies like the ones who stopped Reinhold: “Even they claim the purpose is to help out homeless people, I don’t think they were trying to help out Mr. Reinhold that day.”

Once probes by the presiding county agencies have wrapped up, the county’s Office of Independent Review, an office that audits law enforcement and other functions of the county, will conduct its own probe into the shooting.

Meanwhile, Reinhold’s family has mounted a wrongful death lawsuit against the county over the shooting.