Trump supporters rally in Poway, claim that he won election 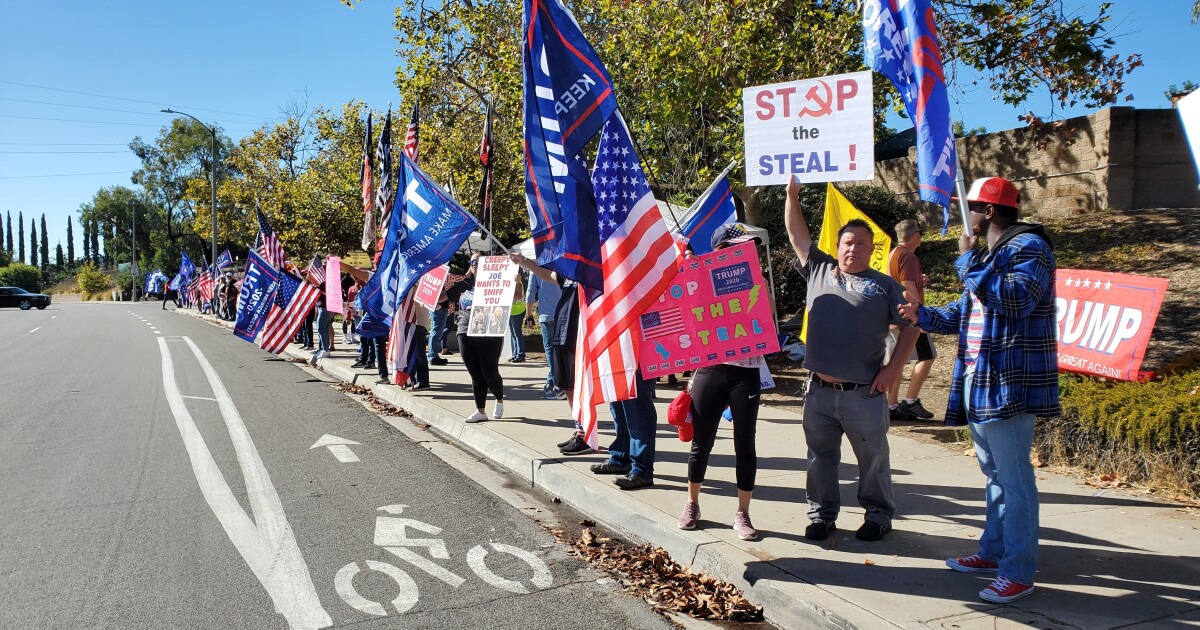 Around 200 people rallied in Poway Sunday morning in support of President Donald Trump, refusing to accept election results that show Trump was defeated.

The Poway rally was one of many being held nationwide by Trump allies who support the president’s claims of voter fraud in the election won by President-elect Joe Biden.

An agency within Trump’s Department of Homeland Security declared last week that the Nov. 3 election was the “most secure in American history” and that there is zero evidence that any voting system was compromised in any way.

Several state election officials have said that there is no evidence of fraud, and several of Trump’s legal attempts to challenge the legitimacy of election results have either been withdrawn or rejected by a judge.

Yet Trump’s supporters are still convinced the president will somehow win.

“Wait until all this fraud, all this evidence gonna blow up in their face.”

Tom Graves, an El Cajon resident who brought his two young kids to the rally and wore a shirt that read “El Trump es mi presidente,” said he thinks election officials conspired with each other to make Trump lose.

“I believe they cheated him with the machines,” Graves said.

On Sunday morning, Trump supporters lined the sidewalks at the intersection of Twin Peaks Road and Pomerado Road, waving American flags and Trump 2020 flags that said “Keep America Great.” Several vehicles drove by honking and waving flags out their windows.

Most of the rally attendees didn’t wear masks. Many wore Trump and American flag attire.

Mellotron Mondays: Listen To Some Genesis And Contemplate The End Of Man’s Long Union With Earth

Disney reveals the future of Marvel and Star Wars