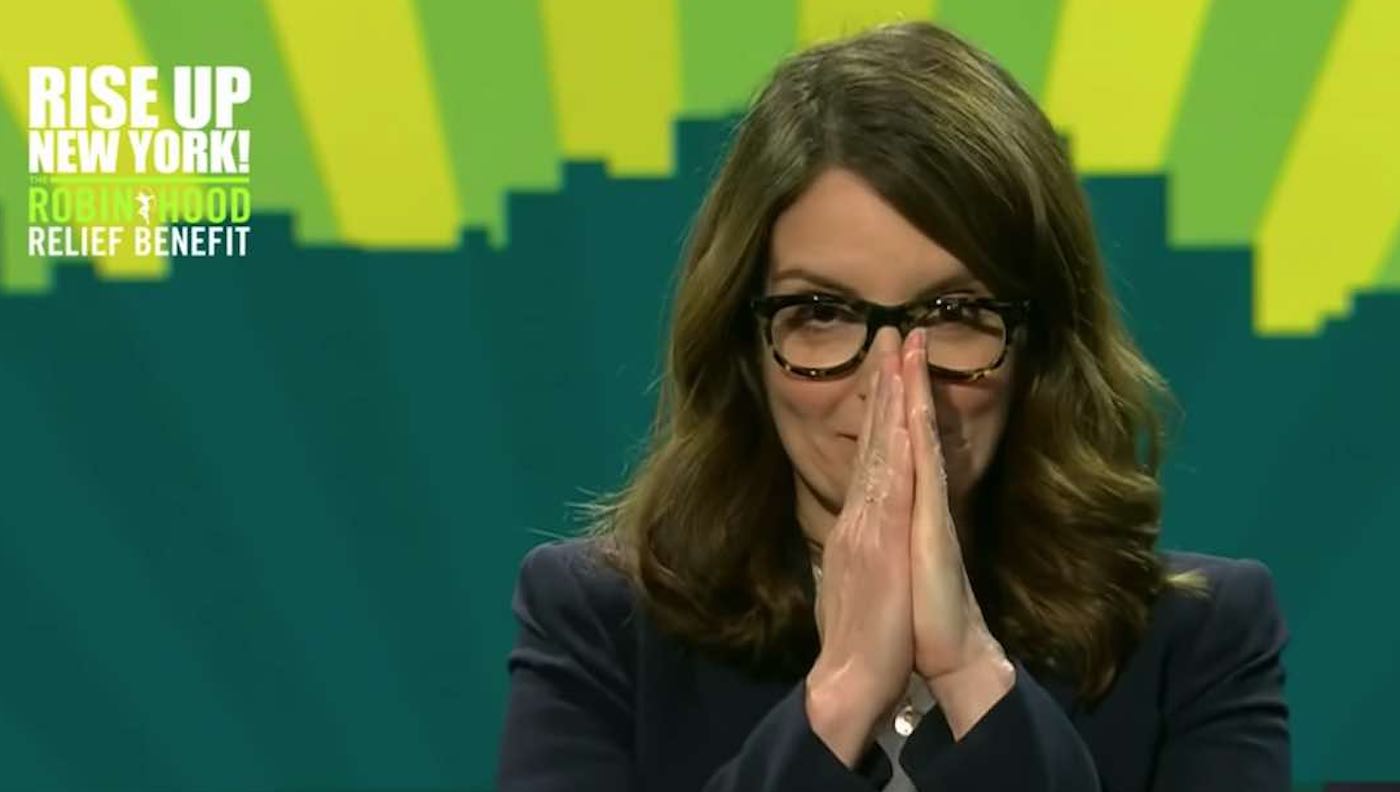 This week’s star-studded “Rise Up New York!” virtual telethon hosted by comedic icon Tina Fey helped to raise more than $115 million for New Yorkers whose lives have been dramatically impacted by COVID-19—and the actress could hardly contain her emotions over the outpouring of support.

Robin Hood, New York’s largest poverty-fighting organization, and iHeartMedia joined together this week to air the citywide “virtual telethon” to raise funds for Robin Hood’s relief and recovery efforts to help fellow New Yorkers rebuild their lives in the wake of the COVID-19 economic shutdown.

Figureheads from across New York’s most beloved entertainment industries all participated in the telethon that was broadcasted across different radio and television channels, as well as several Time Square billboards. The special opened with Robert de Niro reminding COVID-19 that NYC has recently been attacked several other times, and that the virus “can take its best shot, but it cannot break our spirit.”

David Chang and other figures of the New York City restaurant industry talked about its importance both as a cultural and economic sector for the city. Several musical performances were broadcast from artists like Mariah Carrie, Billy Joel, and Sting.

Broadway stars joined Barbara Streisand in lamenting the closure of NYC theaters, and reminded New Yorkers of their iconic productions’ places in the history of the city.

Sports stars like Michael Strahan and Eli Manning announced a contest whereby donators can win a game of touch football with the New York Giants.

The benefit closed with Governor Andrew Cuomo surprising viewers by introducing a special performance of “Miami 2017” by Billy Joel, which took over 13 of Times Square’s iconic digital billboards. At the same time, the Empire State Building debuted a choreographed lighting spectacle that will repeat at 9PM EST every night throughout this week.

This is just one of many inspiring stories and updates that are coming out of the COVID-19 news coverage this week. For more uplifting coverage on the outbreaks, click here.

(WATCH the tear-jerking video announcement below)