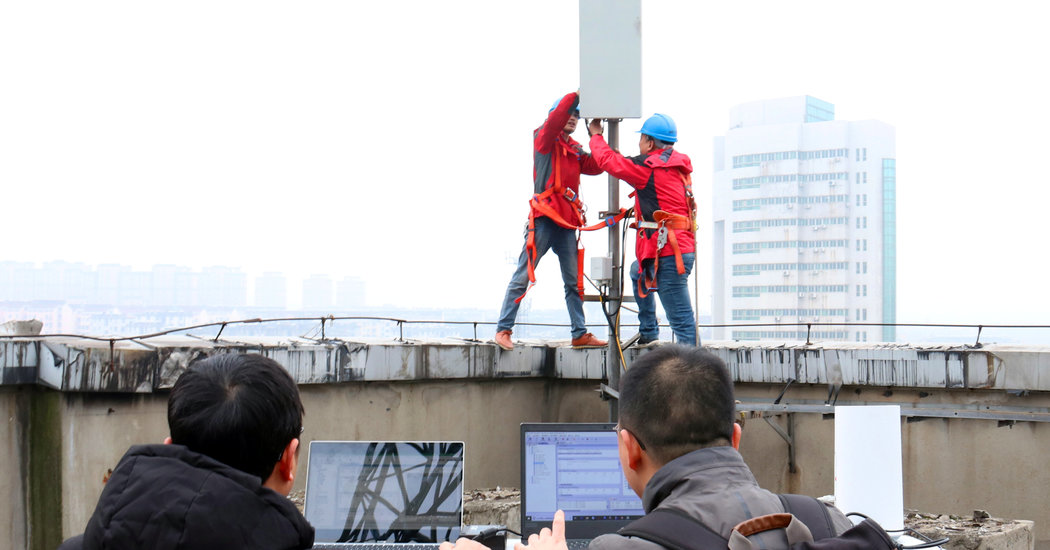 A China Unicom cellular station being tested in China. The U.S. operations of China Unicom, China Telecom and ComNet are reviewed by a federal group known as Team Telecom.Credit…Reuters

Federal agencies failed to properly follow up on some agreements meant to protect national security, did not provide adequate workers to vet the Chinese companies and operated through a “disorganized” process, according to a report from the Senate’s Permanent Subcommittee on Investigations.

The report looked into a group of officials from the Homeland Security, Justice and Defense Departments, known as Team Telecom, that has historically advised the Federal Communications Commission on the possible national security risks of foreign involvement in American networks.

The findings could put pressure on officials at those agencies and embolden politicians from both parties who argue that the United States must move quickly to sever any links between its communications networks and Chinese companies.

The Trump administration has cracked down on Chinese telecommunications companies that operate in the United States, arguing that the Chinese government could use their equipment to hear and read American communications on their networks.

Huawei, a Chinese manufacturer of telecom networking gear, has been one of the administration’s top targets, and has pushed back against the accusations. Last year, the Federal Communications Commission turned down the application of China Mobile, a wireless carrier, to operate in the United States.

But other Chinese companies with ties to the country’s government are still licensed to operate on American networks, and the Senate report said the Team Telecom agencies had failed to keep an adequate watch on three of them: China Unicom Americas, China Telecom Americas and ComNet (USA). All three are part of Chinese state-controlled companies.

The report said that while the agencies had established security agreements with China Telecom and ComNet in 2007 and 2009, they had visited the companies only twice each to ensure they were complying. It said the agencies had never entered into a similar agreement with China Unicom, “meaning Team Telecom has no oversight authority to assess the company’s operations in the United States.”

The agencies have already taken steps to respond to critics of the system for reviewing foreign entrants into domestic networks. This year, Team Telecom recommended that the Federal Communications Commission revoke China Telecom’s and China Unicom’s licenses to operate in the United States. The White House also issued an executive order to replace the process with a more formal one.

China Telecom said in a statement that it had fully complied with its agreement with the government and cooperated voluntarily with the Senate’s investigation. The other two Chinese companies did not comment on the findings.

The report also criticized the resources devoted to oversight of the companies. The Homeland Security and Justice Departments assigned fewer than five employees to field applications for Team Telecom reviews and check whether companies were meeting the terms of their agreements with the group, the report said.

The subcommittee also said there were flaws in the way the review process was set up, noting that it operated on an ad hoc basis because it was not explicitly authorized by Congress. Members of the subcommittee’s staff told reporters on a call on Monday that they expected to discuss legislation addressing the issue with the agencies.

“We look forward to reviewing the contribution of these senators and committee staff to this important national security work,” a spokesman for the Federal Communications Commission, Will Wiquist, said in a statement.

The Justice Department and the Department of Homeland Security did not immediately respond to requests for comment.

For EMTs, There’s No ‘Rule Book’ For Facing A Pandemic And Protests At Once

George Floyd hailed as ‘cornerstone of a movement’ at funeral, family calls for justice