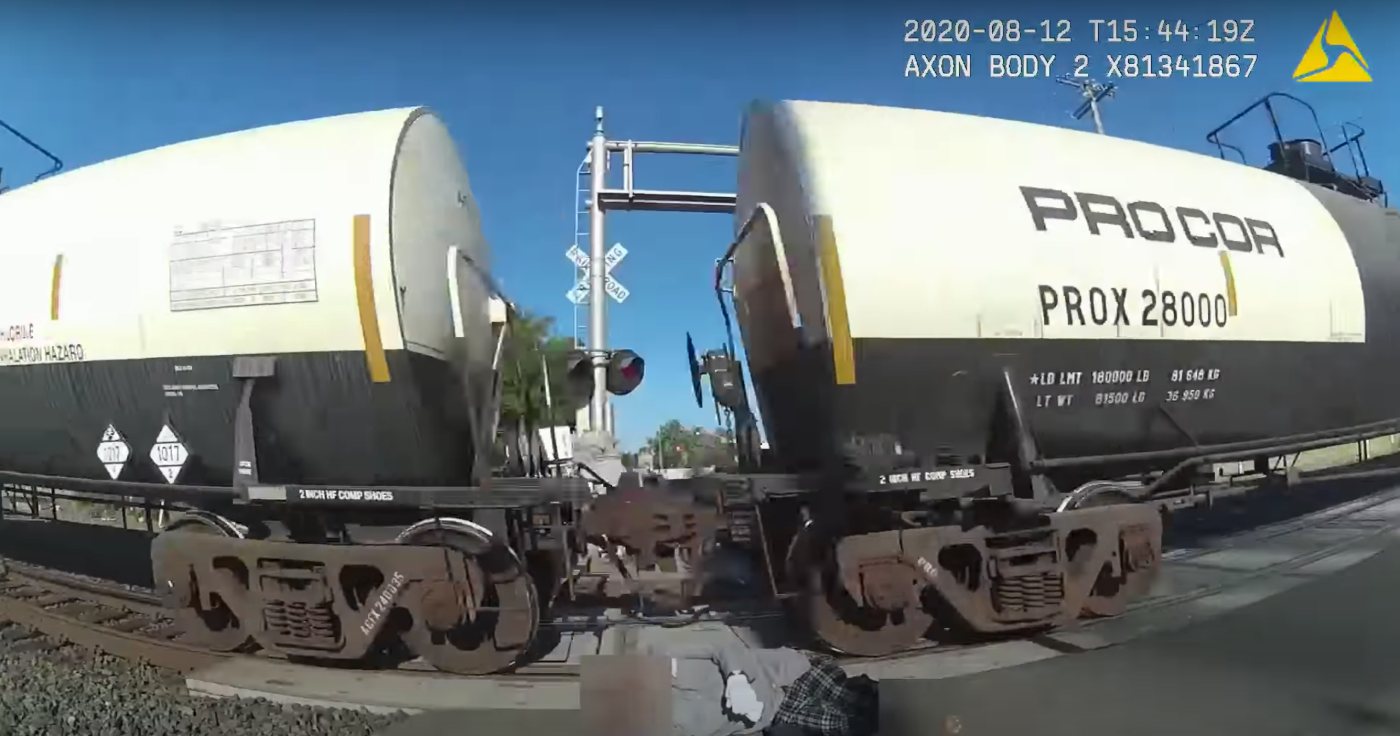 In California last week, a local police officer became a hero when she pulled a man stuck in his wheelchair from the tracks within seconds of a train barreling past.

Her body camera footage shows the tense moments leading up to the rescue.

On the morning of August 8th, at around 8:44am, Officer Erika Urrea jumped out of her patrol car when she saw what was about to happen. The railroad crossing arms were coming down. A train was approaching.

She ran over and, after the wheelchair wouldn’t budge, pulled the anonymous man from his chair. They both fell back onto the ground and were safe, just moments before they would have been hit.

The man, 66, suffered a leg injury, but was immediately tended to by Urrea and her colleague, Officer Delgado, who had arrived at the scene to help.

The team at Lodi Police Department wrote of the daring events on Facebook, “Officer Urrea risked her own life to save another and her actions prevented a tragedy today. We are extremely proud of her heroism.”

Share The Heroic Video With Your Friends on Social Media…

Visit a Cooling Center to Beat the Heat

Black Protestor is a Hero After Carrying Injured White Counter-Protestor to Safety: ‘It’s not black vs white’