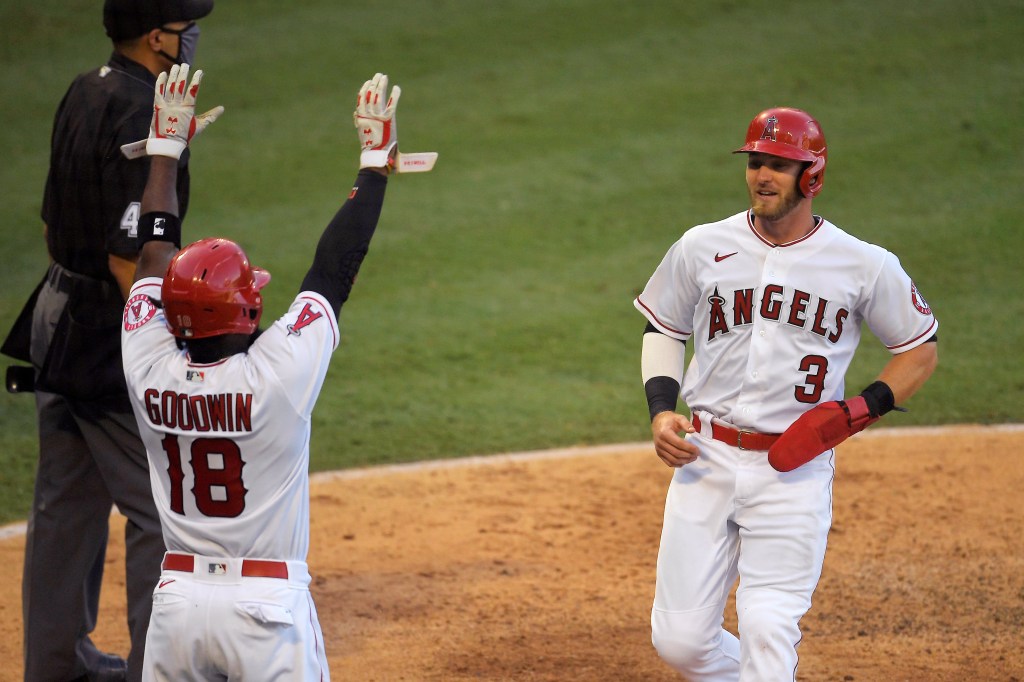 The Morning Wrap shares the day’s top five sports stories from our reporters at the Southern California Newspaper Group.

ONE: After blowing a lead in the ninth inning, the Angels came back to beat Houston 5-4 in 10 innings, and it was one that would have been hard to stomach if they had lost.

Manager Joe Jaddon said: “To go home tonight, losing a game like that, and with a day game tomorrow, you’ve really got to search for the energy. Hopefully this will energize us a bit going into tomorrow.”

What Justin Turner said: “I think we got good results tonight,” said Turner, who had a two-run triple. “I think overall we’ve been taking pretty good at-bats, haven’t gotten a lot of good results. But guys are grinding, finding ways to win games.”

THREE: After losing to the Lakers a few days earlier, the Clippers responded by setting a franchise record with 25 3-pointers in a 126-103 rout of the New Orleans Pelicans.

Paul George on setting the record: “I don’t think they knew how close we were,” said George, who had eight 3-pointers. “Forty seconds on the clock, somebody got fouled and (Mann) came over to the bench. I told him, ‘Man, we need one 3 for the record!’”

FOUR: After the Chargers gave defensive end Joey Bosa a contract extention, the Rams’ Jalen Ramsey gave a subtle hint about his contract situation by noting that others in his draft class were getting paid, tweeting a few days ago …

FIVE: LAFC’s run in the MLS is Back Tournament is over after a penalty-shootout loss in the quarterfinals to Orlando City on Sunday, ending its season.

LAFC had nearly moved on leading 1-0, but gave up a goal in the 90th minute to force overtime, leading to a crushing defeat.

LAFC coach Bob Bradley said: “I believe our guys have handled this tournament well. We stepped on the field every game to try to take the initiative in the game and push things, and you could see that (Friday night), especially in the first half. It’s rare for us to have a half where we don’t even get a shot. On that end, it was hard and I thought we could still get through and have a little bit of time to recover for the next match, but unfortunately a late goal and then we lose in penalties.”

Who is Berkshire Hathaway Energy?

Fryer: High school sports are now, more than ever, a team game