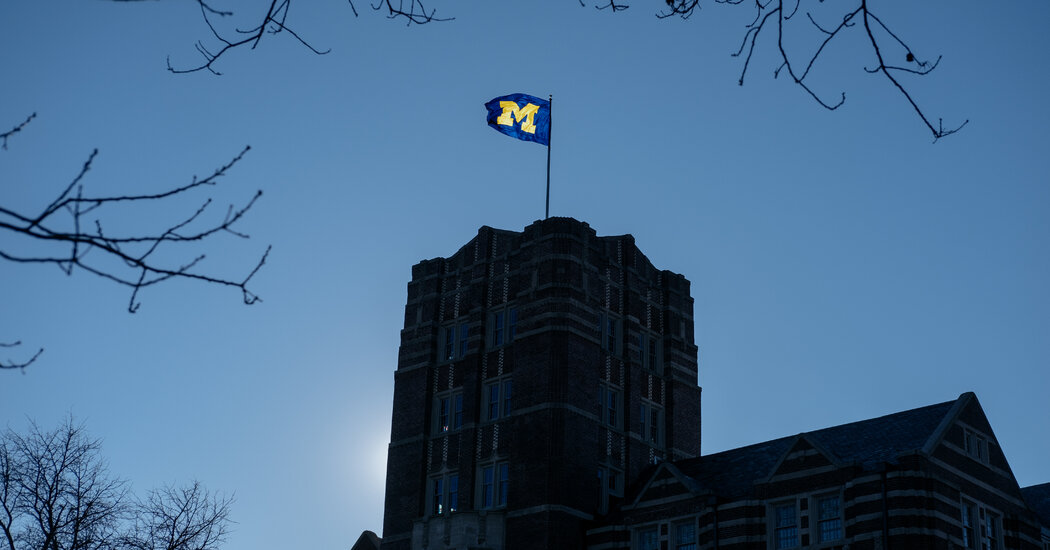 For more than 20 years, the University of Michigan ignored warnings that might have stopped a longtime doctor in the athletic department, Robert E. Anderson, from sexually assaulting “countless” students, including members of the wrestling and football teams, according to a report commissioned by the university that was released on Tuesday.

The report, which is based on interviews with hundreds of former athletes, along with current and former administrators and coaches, said cries for help from male athletes — who were subjected to unwarranted hernia or rectal exams and sometimes fondled to the point of ejaculation — were largely overlooked during most of the 37 years Anderson worked at Michigan. He was a doctor in the athletic department until 1999 and retired from the university in 2003. Anderson died in 2008.

The report, compiled by the law firm Wilmer Hale, paints a picture of abuse similar to what occurred at Ohio State from the late 1970s to the late ’90s and at Michigan State, which made a $500 million settlement after revelations about Lawrence G. Nassar, the doctor who sexually assaulted female athletes at the university and members of the United States Gymnastics program, for which he also served as the team doctor.

The report said that a former wrestling coach, Bill Johannesen, had been notified in writing by one of his athletes that “something is wrong with Dr. Anderson.” It also said that Thomas Easthope, a former assistant vice president of student services, had been informed of three specific accusations of misconduct by Anderson.

Johannesen told investigators that he did not recall receiving complaints from his athletes. Easthope, who died in February, told investigators last year that he had fired Anderson in 1980, but the investigators said that stance was contradicted by evidence that Anderson had resigned as the director of University Health Services to become a U.H.S. senior physician. Easthope later that year signed a form awarding Anderson a pay raise.