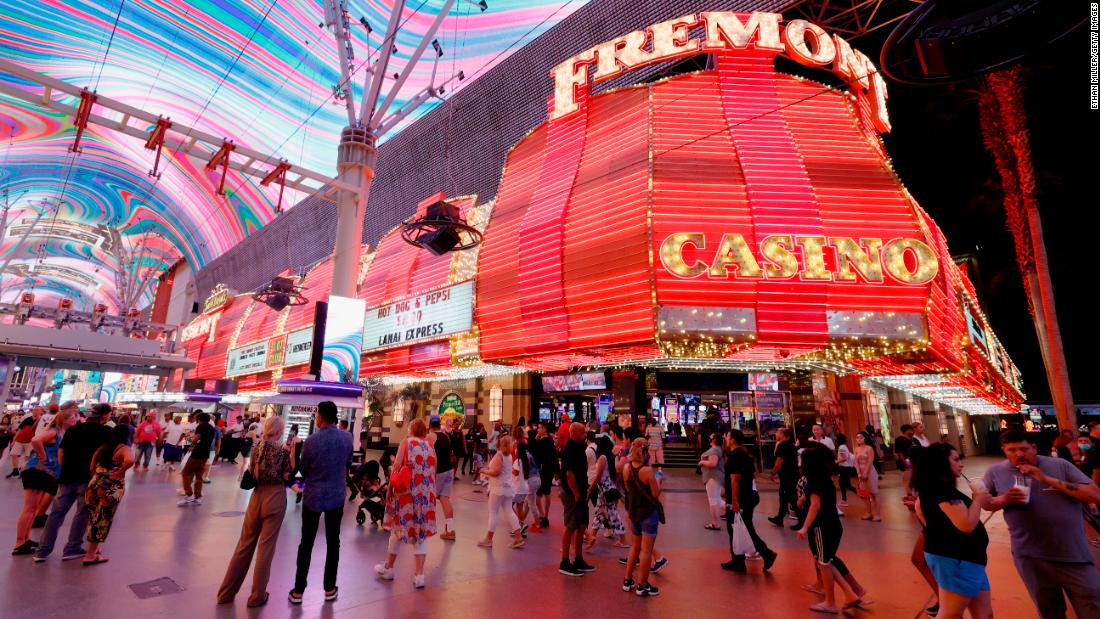 “This is rather a historic night in Las Vegas history,” an announcer said over a loudspeaker to a mostly unmasked crowd.

And moments later, the crowd was moving to a Las Vegas band’s version of a Foo Fighters’ song, the first live music there in more than a year: “It’s times like these, you learn to live again,” the band sang.

Businesses are now allowed to be open at full capacity, with no Covid-19 restrictions.

It was also the first vacation in more than a year for some people CNN talked to.

“It’s really exciting,” said Pam Turner, who was there from Shelby, North Carolina. “It feels great,” she said of her first getaway since the pandemic started.

“You just have to see it in order to believe it,” Turner’s mother, Diana Rollins, said. “It’s just so much fun to see all these people doing their thing.”

With vaccinations driving down new Covid-19 infections, the city is betting big that people will play by the rules and wear masks and keep their distance if they are not vaccinated.

The vaccines, in any case, are providing a much-needed economic shot in the arm for the city that largely depends on tourism. The jobless rate in Las Vegas surged to 34% in April 2020, one of the worst rates in the country, according to US Bureau of Labor Statistics. 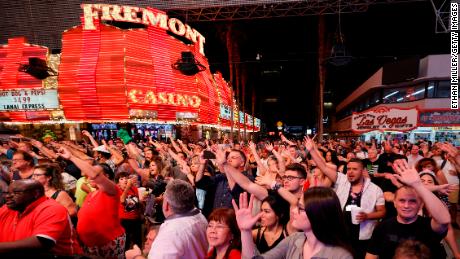 “It has been more difficult on Las Vegas than probably any city in the United States,” said Las Vegas Convention and Visitors Authority President Steve Hill.

The Venetian Resort has sold out its convention space for the last seven months of this year, according to CEO George Markantonis.

“We have normal business that we would have pre-pandemic from midyear to the end of the year,” the CEO said.

Hotels are at 80% occupancy on the weekends now, and about 50% on other days, Hill said.

“We need meetings and conventions to come back to improve” that 50%, he said.

Next week, LVCVA will debut its almost $1 billion expansion of the city’s convention center when it hosts the country’s first major trade show since the pandemic began.

With tens of thousands of people attending, it will be “the first what we call a citywide event to happen in the United States,” Hill said.

Las Vegas’ reopening is just one of many signs that Americans feel they are looking at the pandemic through a rearview mirror. US airports were the busiest they have been in more than a year over the Memorial Day weekend, according to the US Transportation Security Administration numbers. 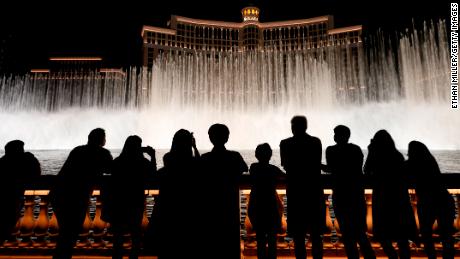 The Indianapolis 500 this past Sunday was billed as the most-attended sporting event since the pandemic’s start. The 135,000 tickets available — approximately 40% of the Indiana racetrack’s capacity — quickly sold out, according to the organizers.

People flocked to beaches and restaurants over the long weekend, and moviegoers seemed to be venturing back into theaters. “A Quiet Place Part II,” a horror film, had the biggest opening weekend of the pandemic so far, bringing in $48.3 million for its three-day opening over Memorial Day weekend in North America.

But experts worry that not everyone is playing by the rules of wearing a mask and staying socially distanced if they aren’t vaccinated.

“The challenge is to get people to actually wear their masks if they have not been vaccinated,” said Dr. Brian Labus from the University of Nevada Las Vegas’ Public Health. “It’s on the honor system, and we have a lot of people coming to town who are on their first vacation in a year and a half.”

“Anytime you bring large groups of people together, there’s a potential for disease transmission,” Labus said. “When you add that on top of behaviors that probably aren’t the best for people’s health, when they’re on vacation and partying, it’s a challenge to try and control disease. So we could have potential spread within our tourist population.”

As of Sunday, almost 41% of the US population was fully vaccinated, according to US Centers for Disease Control and Prevention data, and more than 50% had at least one dose of vaccine. But the percentages fluctuate wildly around the country, with Southern and most Western states lagging the Northeast and the West Coast, and Nevada lagging behind California to the west, and Oregon and Washington to the north.

According to a study in the medical journal JAMA Network Open, removing precautions against the coronavirus could still lead to an increase in virus spread, even if the majority of the population is vaccinated.

Using a mathematical model to simulate virus spread among the roughly 10 million people of North Carolina, researchers found that coronavirus infections, hospitalizations and deaths would continue to rise if pandemic precautions such as quarantine, school closures, social distancing and mask-wearing were lifted while vaccines were being rolled out.

E3 2021 streaming schedule: All the events you need to know about