John Kasich, a ‘Deeply Worried’ Republican, Steps Up for Biden 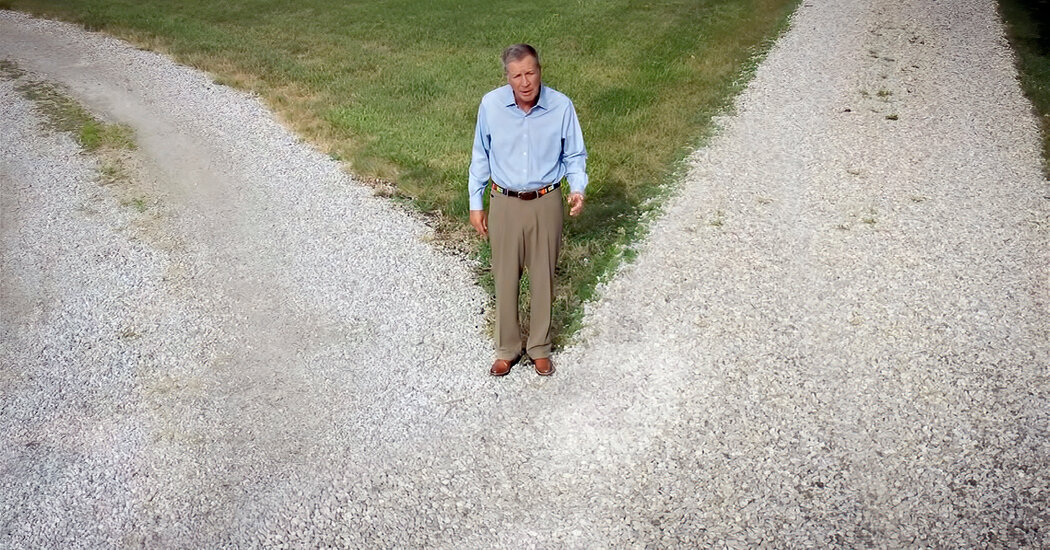 John R. Kasich, a lifelong Republican and former rival of President Trump’s spoke at the Democratic convention — and says he will vote for Joseph R. Biden Jr.

‘These Are Not Normal Times,’ Kasich Says

John Kasich, former governor of Ohio, and other Republicans voiced support for Joe Biden for president as the Democratic National Convention opened.

“I’m a lifelong Republican, but that attachment holds second place to my responsibility to my country. That’s why I’ve chosen to appear at this convention. In normal times, something like this would probably never happen. But these are not normal times. I’m sure there are Republicans and independents who couldn’t imagine crossing over to support a Democrat. They fear Joe may turn sharp left and leave them behind. I don’t believe that, because I know the measure of the man. He’s reasonable, faithful, respectful. And you know, no one pushes Joe around. Yes, there are areas where Joe and I absolutely disagree. But that’s OK. Because that’s America. Because whatever our differences, we respect one another as human beings, each of us searching for justice and for purpose.” “I’ve been a Republican for all of my adult life.” “A lifelong Republican.” “Republican.” “A lifelong Republican.” “I’ve been a longstanding Republican, and I’m telling you, you’ve got to vote for Joe Biden.” “I have voted for and campaigned for Republicans since the Reagan years. But I won’t be voting for Donald Trump in November.” “I’m supporting Joe Biden for president.” “We need a positive leader, someone who can work with both sides, Republicans and the Democrats.” “I don’t think we can deal with the type of person we have in the White House any longer.” 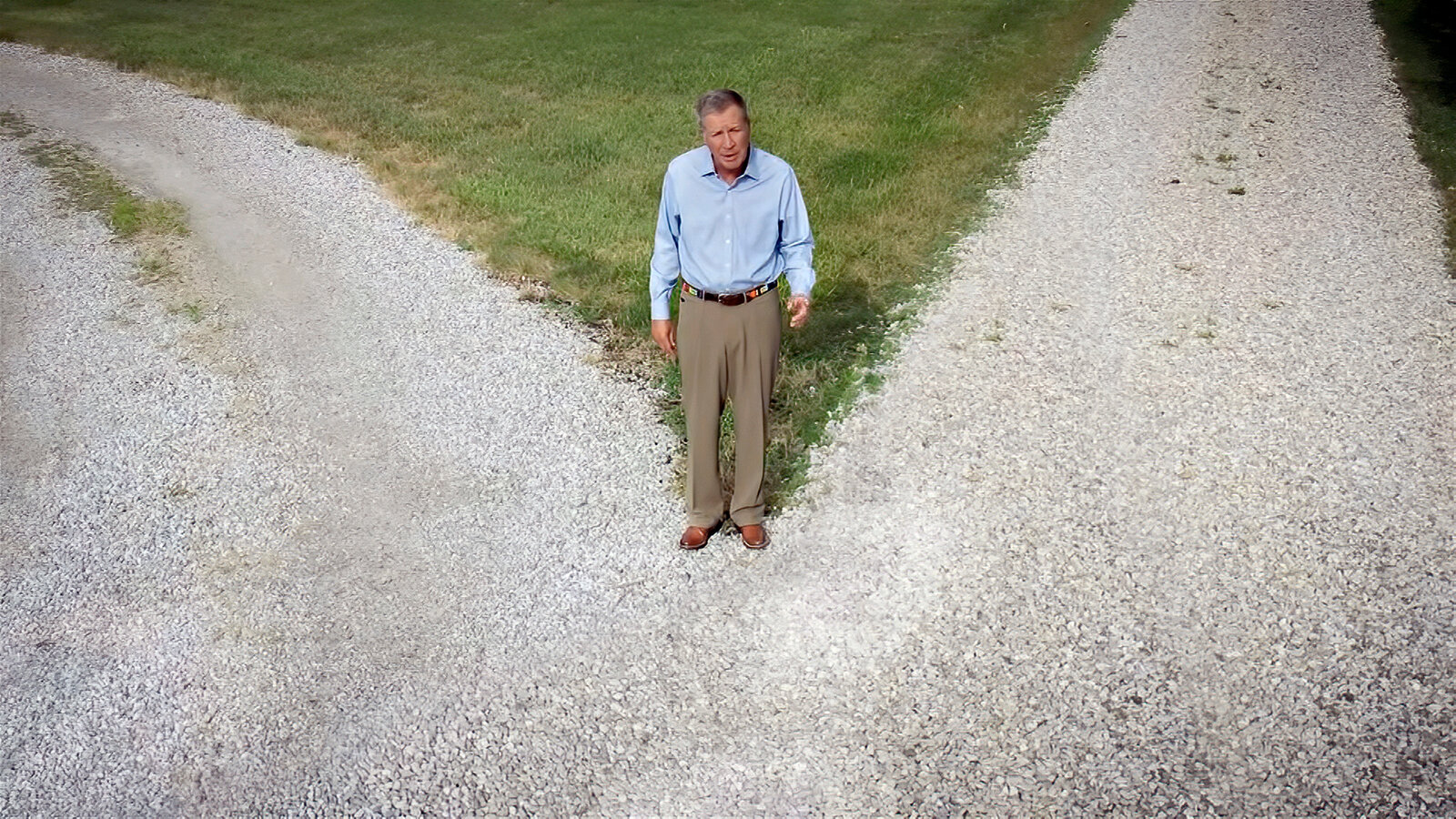 Former Gov. John R. Kasich of Ohio, the last candidate standing against Donald J. Trump for the Republican nomination four years ago, crossed the partisan divide on Monday night to speak at the Democratic National Convention and call on fellow Republicans to abandon the president in November.

In a move that would have once been unthinkable for a committed Republican who toiled for decades in the Ohio statehouse and Congress for conservative causes, Mr. Kasich declared that the country could not afford four more years of Mr. Trump in the White House because he was pitting Americans against each other.

“I’m a lifelong Republican, but that attachment holds second place to my responsibility to my country,” Mr. Kasich said in his speech, which was recorded at a literal country crossroads in Westerville, Ohio, to signify the choice he sees facing the nation. “That’s why I’ve chosen to appear at this convention. In normal times, something like this would probably never happen. But these are not normal times.”

Mr. Kasich offered a warm testimonial to former Vice President Joseph R. Biden Jr., who is set to be ratified as the Democratic nominee this week, calling him “a good man, a man of faith, a unifier.” And he sought to rebut Mr. Trump’s argument that Mr. Biden was a weak-willed captive to the “radical left” of his party.

“I’m sure there are Republicans and independents who couldn’t imagine crossing over to support a Democrat,” Mr. Kasich said. “They fear Joe may turn sharp left and leave them behind. I don’t believe that. Because I know the measure of the man — reasonable, faithful, respectful. And you know, no one pushes Joe around.”

But it was unclear whether any of them would draw other Republicans in large numbers. The featured leaders were rising stars in their day, but their day was long ago. Ms. Molinari was the keynote speaker at the Republican National Convention in 1996. Ms. Whitman’s last election as governor was in 1997. Mr. Kasich has held office more recently, but won just one primary in 2016, in his home state of Ohio.

But Mr. Kasich said in an interview before the speech that he could not remain silent. Four years ago, while he refused to vote for Mr. Trump, he could not bring himself to cast a ballot for the Democratic nominee, Hillary Clinton, either and instead wrote in Senator John McCain. This time, he said, the election was too important to throw away his vote.

“I just wasn’t going to do it this time,” he said in the interview. “I did it the last time. You know, I had always been hopeful, even after the convention and after the election, that perhaps we would see a change in the president, but we just never have. I happen to think it’s the soul of our country that is being damaged, and that’s what I’m concerned about.”

Mr. Kasich, 68, was an unlikely featured speaker at a Democratic convention. As a onetime brash young House Budget Committee chairman, he embarked with maniacal energy on a budget-cutting mission as part of Newt Gingrich’s Republican revolution in the 1990s and later clashed with labor unions as a governor allied with the conservative Tea Party in the 2010s. But he has moved away from the sharper edge of politics in recent years, focusing on issues of poverty and mental illness and even breaking with conservatives to expand Medicaid as part of President Barack Obama’s health care law.

Mr. Kasich insisted that his opposition to the president is not driven by sour grapes. “I don’t have any personal anger or anything toward him, I just don’t,” Mr. Kasich said. “It’s nothing to be taken personally. I just fundamentally disagree with the whole approach, and I’m deeply worried about our nation. I think if we continue this, I worry about how we ever will recover.”

Not all Democrats welcomed Mr. Kasich either. To some on the left, the party was abandoning its principles by showcasing a Republican whose positions on abortion, Social Security, labor and other issues have been at odds with Democratic orthodoxy. Among Democrats surveyed by CBS News, only 38 percent wanted to hear Mr. Kasich speak at the convention, compared with 72 percent for Senator Elizabeth Warren of Massachusetts and 63 percent for Representative Alexandria Ocasio-Cortez of New York, two liberal champions who will also get airtime.

The Massachusetts election went smoothly, but its harsh deadlines may have disenfranchised some voters.

Trump and Biden will both visit Shanksville, Pa., on Sept. 11.

Navajo Nation asks a court to allow ballots postmarked by Election Day to be counted.

“The party should be focused on energizing Democratic voters rather than using their convention to reassure billionaires, corporate donors and Republican lobbyists that they won’t actually try to challenge the status quo,” said David Sirota, a former speechwriter for Senator Bernie Sanders, independent of Vermont, who is also speaking Monday night.

Mr. Biden and his allies argued that Democrats should welcome anyone to their battle to remove Mr. Trump from the White House, and that a purity test would be self-destructive.

“It’s great to see Kasich as a speaker at our convention,” said former Gov. James J. Blanchard of Michigan, a Biden delegate and a Democrat, because Mr. Kasich “represents that group of independents and moderate Republicans” Mr. Biden is seeking to win over.

Mr. Kasich’s break with the Republicans was a concession to the president’s command over the party. He considered but opted against running against Mr. Trump for the Republican nomination this time. “Couldn’t win. It’s a nonstarter,” he said flatly. “There was no way to get traction.”

Mr. Kasich said he remained a Republican and acknowledged that he had deep disagreements with Mr. Biden on issues, but said that individual policy differences were less important than the broader crisis confronting the country.

“Somebody has to start being willing to break down this tribalism,” he said. “I don’t think that I will achieve that, but somebody’s got to start. Somebody has to be able to begin to say, ‘No, you’ve got to take off your partisan hat, and you’ve got to realize we’re Americans.’”

“Nothing great was ever achieved in this country where we’re fighting with each other like we are now, nothing,” he added. “And significant things can be accomplished when there’s respect on all sides regardless of some fundamental differences.”

An Aerial Tram Could Move Visitors Around Griffith Park, but Not Everyone Has High Hopes for the Project

Pandemic’s Headache for Managers: Downs, Ups and … Now What?

More Than Just a Tweet: Trump’s Campaign to Undercut Democracy