‘It’s More Than a Seat at the Table’ 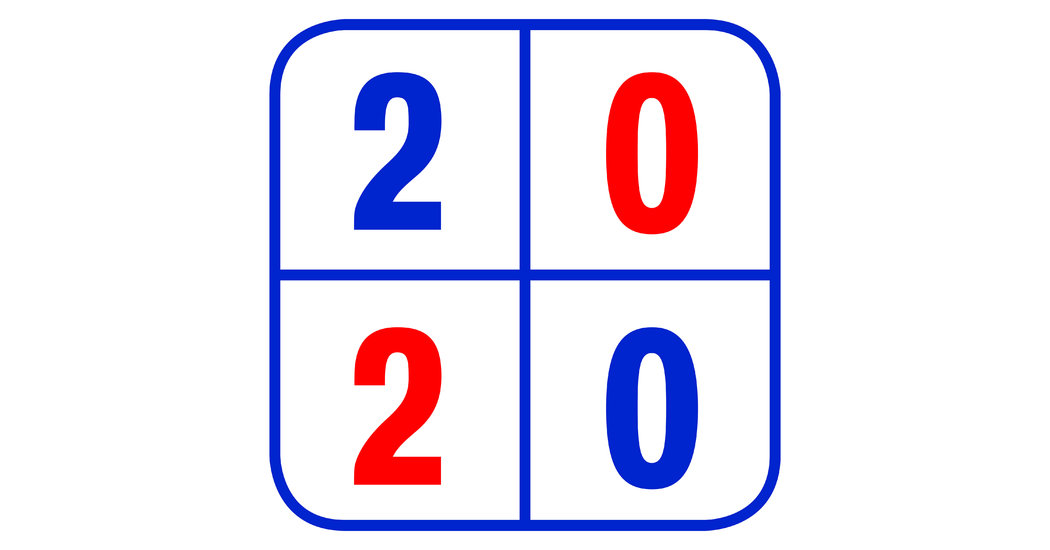 For Democrats urging Joe Biden to run alongside a black woman, the choice is far more than symbolic.

Hi. Welcome to On Politics, your guide to the day in national politics. I’m Jenny Medina, filling in for your usual host, Lisa Lerer, who is on quarantine-cation.

Sign up here to get On Politics in your inbox every weekday.

Senator Kamala Harris used to call it the “donkey in the room” — the (occasionally whispered) notion that she could not be the Democratic presidential nominee because it was inconceivable that she, a black woman, could win over a majority of voters. By the final weeks of her campaign, the riff was a well-established part of her stump speech.

And with good reason. Throughout the Democratic primary race, the prevailing conventional wisdom among many voters went something like this: “Electability” meant choosing a white male candidate. Now, that idea has been flipped — if not on its head, at least on its side. Some prominent Democrats are convinced that Joe Biden must choose as his running mate not only a woman, as he has already committed, but also a woman of color.

Of course, there’s a big difference between being the president and being his running mate. Is the implication that a woman with less power is somehow palatable and more appealing?

This moment of upheaval over race is clearly prompting some soul searching in Democratic circles. When Senator Amy Klobuchar of Minnesota, a former presidential candidate, took herself out of consideration for vice president this month, she made a point of saying she thought the ticket should include a woman of color.

By then, it was hardly a novel idea.

Aimee Allison, the founder of She the People, a national network that advocates on behalf of women of color in politics, has been pressing the Democratic Party to do more for years. Ms. Allison grew increasingly frustrated during the 2016 and 2018 election cycles when, she said, women of color were rarely treated as a powerful group with distinct needs and strengths. At last, she said in an interview, her views no longer seem so radical.

“We’re not waiting — part of this moment is we’re not waiting for permission,” Ms. Allison said. “We know more how to assert our power, how to translate street heat into power as voters. Now what we’re demanding is governance.”

Last month, Ms. Allison and dozens of other African-American women signed a letter urging Mr. Biden to choose a black woman as his running mate.

Mr. Biden’s pick will be more than symbolic, Ms. Allison said: The women under consideration for the ticket have dealt with some of the most pressing policy priorities for much of their career. Mr. Biden has said he is looking for a governing partner, and if he does not run for a second term, the woman chosen may be a presidential front-runner in 2024.

“We’re saying you cannot win without us and we need to lead, in the broadest, fullest sense,” Ms. Allison added.

The very idea of electability during the primary race, she said, was “fueled by old, faulty assumptions.”

In fact, the number of women of color in Congress has increased markedly since 2015, reaching 9 percent of all members. There have been similar gains in state legislatures, according to a 2019 report from the Reflective Democracy Campaign, a research and analysis project funded by the Women Donors Network, which organizes liberal female donors.

There is a growing focus on women of color as an essential base of support for Democratic victories — a “new American majority,” an idea explored in “And She Could Be Next,” a documentary released this week.

While some champion the idea that a black woman would be a sort of unifying healer amid a national uproar over racism, polls suggest that voters are skeptical of that view, and most say that race should not be a factor in Mr. Biden’s choice.

Gov. Michelle Lujan Grisham of New Mexico, a Latina whom Mr. Biden is seriously considering as a potential running mate, said the fact that there were so many women of color being publicly mentioned as contenders for the position was “unprecedented and amazing.”

“There absolutely is institutional racism that exists in every single state and community, and this moment is an opportunity for us to do as much as we can about it,” Ms. Lujan Grisham said in an interview. “During the six years that I was in Congress, there was no doubt that racism was out right in front of our faces.”

Mr. Biden isn’t expected to announce his decision for another month and, as we all know, a whole lot can change between now and then. Many of his advisers have said it is likely to be a deeply personal choice. But no matter who is on the ticket, it is hard not to see a changed landscape ahead.

So would Ms. Allison view a white running mate as a loss for women of color?

“I think an all-white ticket doesn’t meet the moment, and will make it tougher for the Democrats to win in November,” she said. “There is an urgent national call for racial justice and a demand that our votes as women of color not be taken for granted. A woman of color on the ticket is the answer we’re looking for.”

Drop us a line!

We want to hear from our readers. Have a question? We’ll try to answer it. Have a comment? We’re all ears. Email us at [email protected].

Please note that this is one study, and we would advise you not to change your lifestyle because of it, but it’s nice to hear that “light drinking may protect brain function.”

Thanks for reading. On Politics is your guide to the political news cycle, delivering clarity from the chaos.

On Politics is also available as a newsletter. Sign up here to get it delivered to your inbox.

Is there anything you think we’re missing? Anything you want to see more of? We’d love to hear from you. Email us at [email protected].