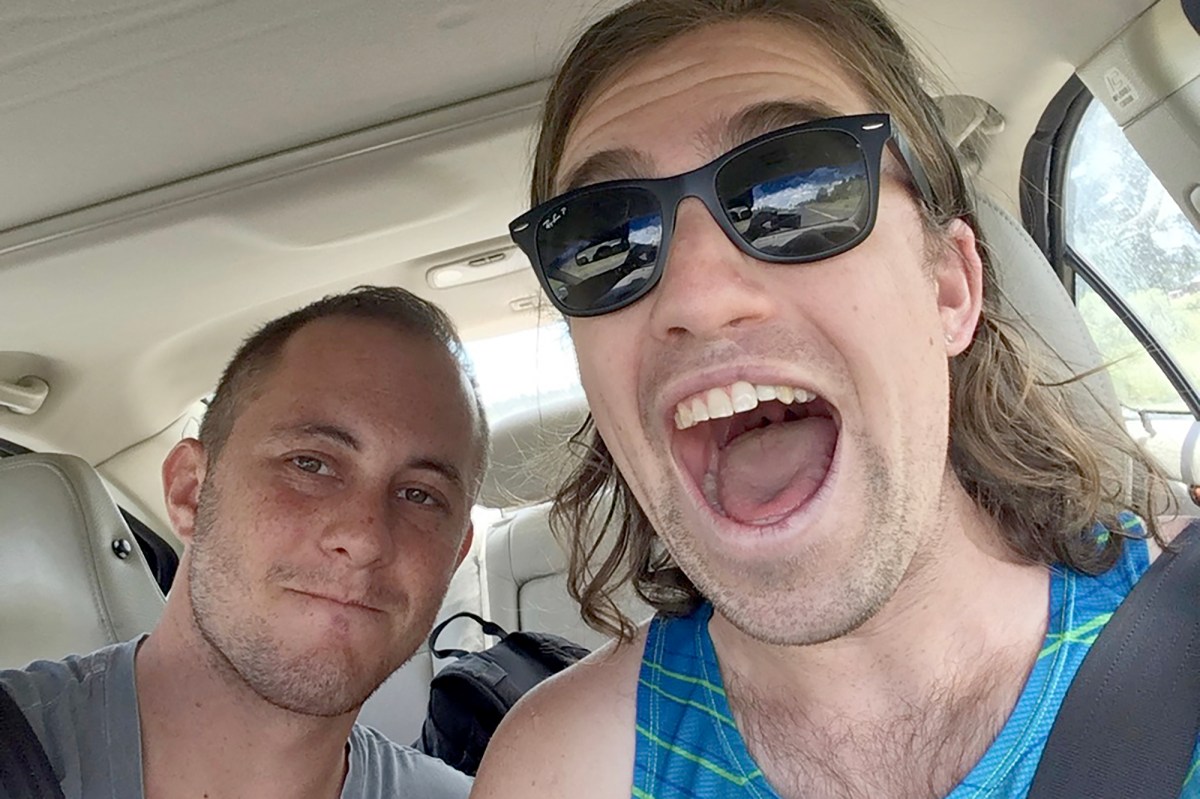 When two law-school students set off on a series of cross-country car trips four years ago, they also produced a road map for navigating out of cancel culture’s dead end.

“For a minute there in 2016, it felt like we weren’t even supposed to be friends,” said Christopher Haugh.

Together they wrote “Union: A Democrat, A Republican, and a Search for Common Ground” (Little, Brown), out now, to chronicle their travels.

The two California natives first met at Yale Law School in 2015. A few months later, as the nation shattered into acrimonious camps during the presidential election, neither felt that he understood his own country.

“Our fields of view were just too limited,” they write in the book. “We were missing … the larger story.”

With that in mind — and with a family wedding to attend on the West Coast — Blashek impulsively asked Haugh along on a road trip.

That first expedition in a hand-me-down Volvo inspired them to make four more journeys in a three-year, 44-state odyssey. Along the way, they baited lobster traps in Maine, rode with a long-haul trucker in Louisiana, took in one of President Trump’s rallies in Arizona, visited a prison in Michigan — and learned, the hard way, how to have a civil debate.

Bad feelings flared on the first trip in 2016, when the duo was pulled over for speeding on Interstate 15 in southeast Idaho. Haugh’s sweaty, defensive response to the state trooper made the officer suspicious. Blashek, whose military background helped him see cops as allies, talked them out of trouble.

Once they got back on the road, they erupted in a fight over police brutality — fueled, they saw in hindsight, by their wildly different emotional reactions to the traffic stop. Rather than acknowledging their stress, they battered each other with statistics on crime rates and deaths per capita.

“So many of our fights end up being tit-for-tat arguments about data,” Blashek told The Post. “But we all cherry-pick the data that suits our side.”

With time, they learned to steer clear of the numbers game and deploy a strategy they call “muddying the line”: restating the other person’s argument in its best possible light and affirming its value.

“If I’m able to articulate Chris’ point of view, he knows that I’m not belittling his argument but approaching it in full faith,” Blashek explained. “And I’m now trying to provide my view in return.”

A trip to the little town of Page, Ariz., gave Haugh his first (reluctant) experience of shooting a gun. But Blashek felt even more uncomfortable after discovering that the Gunfighter Canyon range was run by a young man who had overlapped with him as a Marine Corps officer, and he and Haugh were invited to join a military enlistment ceremony at the shop.

Blashek immediately balked at the idea of bringing Haugh into that circle. “The bond of the military is so powerful. It’s a shared culture, even a shared language,” he said. “I felt uncomfortable about merging my two worlds.”

A 44-state odyssey taught two California natives the art of having a civil conversation, the hard way.

“I was so confused that Jordan didn’t want to go,” Haugh remembers. “It was not until much later that I came to understand how deeply the feelings ran for him.”

In the end they showed up for the ceremony armed with a case of beer, and Haugh gained new appreciation for his friend’s outlook on politics and on life.

“Knowing that Jordan signed up to protect this country means that in his heart of hearts this country has to be good, fundamentally,” he said.

By taking that as a first principle in their political conversations, Haugh learned to “craft my language to acknowledge where he’s coming from.”

Even so, Blashek and Haugh almost fell out in August 2017 after attending a Trump rally at the Phoenix Convention Center where the president and his allies defended themselves against accusations of racism. The wounds of Charlottesville, where a woman had recently died in a clash between white supremacists and Antifa, were still raw.

The speeches at Trump’s event surprised Haugh. “He could imagine he was at an Obama rally,” they write in their book. “Words like unity, love, and shared humanity filled the auditorium.” Trump in person proved to be a commanding speaker, whose patter was intimate and persuasive.

But admitting all that to Blashek felt like a betrayal of Haugh’s political tribe.

“Afterward, I was feeling like a bad liberal,” Haugh told The Post. “I was ready to take any bait and fight Jordan to the death over issues that we were able to talk about easily before.”

That conflict taught them that overidentifying with their political party always poisoned their conversations. “We’d end up defending things we didn’t even agree with, just because of that feeling of representation,” Blashek told The Post.

“When we got into the realm of politics, our conversations broke down. We had some blowout fights where we literally would have walked away from each other if we weren’t in the car.”

But, in the end, they say the benefits of communicating across the partisan divide were worth the trouble.

“It allowed us to talk in totally new ways,” Haugh said. “When I wasn’t a Democrat and Jordan wasn’t a Republican, but when we were a Marine and journalist, that’s when we had our best conversations.”

A Sampling of Work From Mexico City’s Top Talents