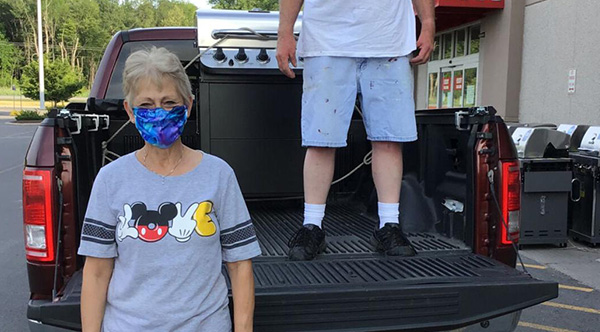 A couple in Ogdensburg, NY, noticed a stranger was struggling to fit a new grill into her vehicle and offered to transport it home for her in their truck. 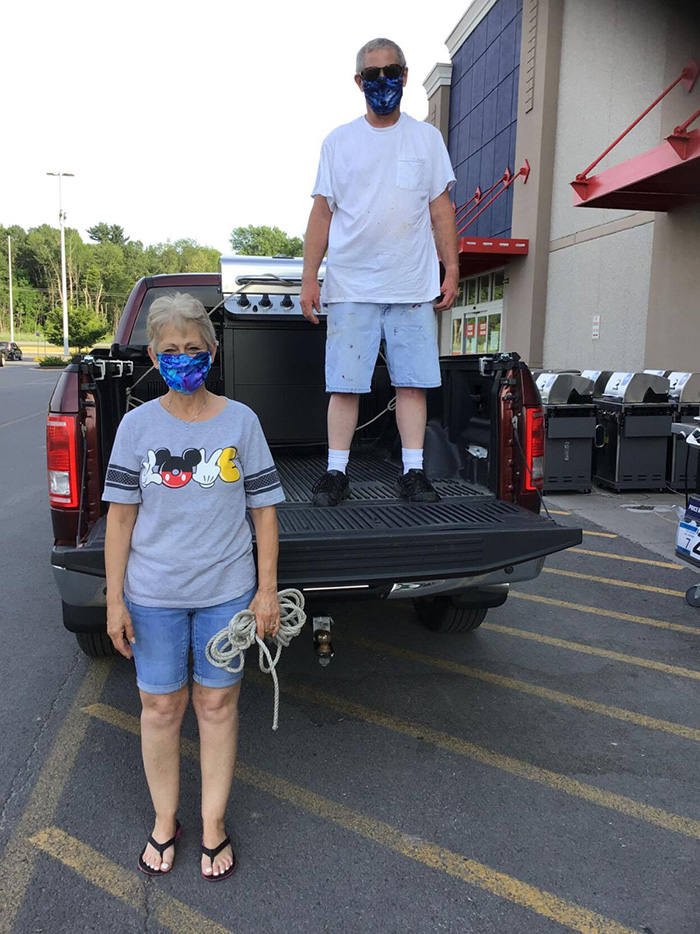 John and Avis Thompson saw a woman in front of them in a pick-up line who couldn’t fit her new grill in her car.

No matter how often or which way the saleswomen measured it, the woman’s Suburu offered one inch less breadth than needed.

“Seconds later, a masked couple in a HUGE pickup truck parked behind us, jumped out, and volunteered. ‘Looks like you can’t fit it in your car. We’ll take it to your house’,” Barb Brown told NYY 360.

She explained that her house was 15 miles away to which they responded, ” that’s okay, we don’t have anything else to do!”

“Astonished, I asked, ‘What are you, my Guardian Angels? Who ARE you?'”

After arriving at her home, Barb offered the couple money but they refused.

“It wouldn’t be a good deed if we took money,” the Thompsons replied.

What if Instead of Calling People Out, We Called Them In?