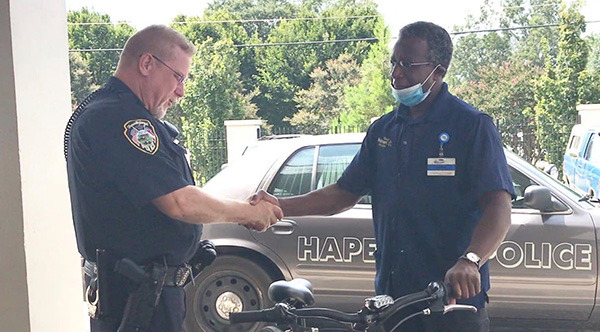 When Officer Dennis Rowe of the Hapeville Police Department learned that a citizen had his bike stolen and had to walk to and from work in the Georgia heat, he knew he had to do something more than take a police report. 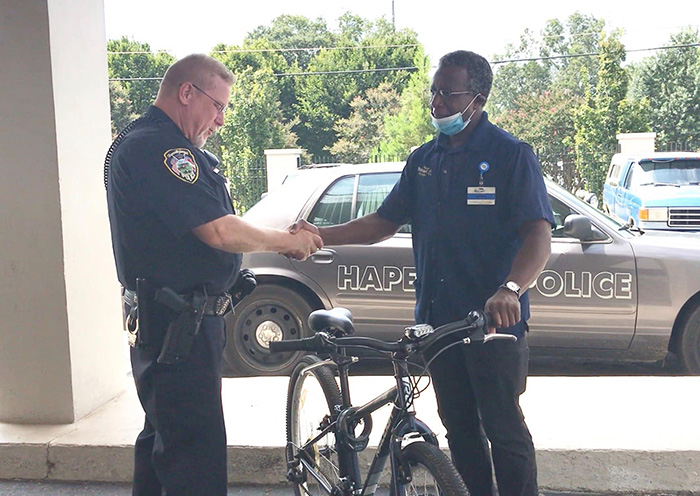 Officer Rowe was working an off-duty job in Hapeville on Saturday when he spotted Craig Magby returning home from work on foot.

“He was kind of hot and sweaty. We got to talking and he was explaining to me that he normally rides his bike home from work, and it was recently stolen from him. Since the bike was stolen, he gets himself back and forth to work by walking,” Rowe told FOX 5. 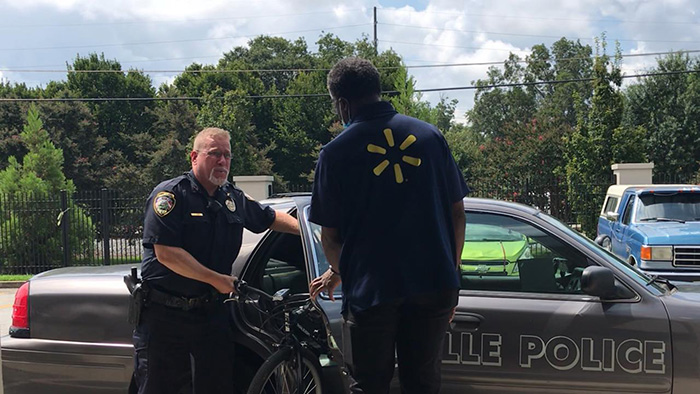 The Walmart employee had recently purchased his bike and would ride it back and forth to work, locking it. Last week, someone stole the bike and lock he had used to secure it during his shift.

Officer Rowe’s mind flashed on his own bike purchased just a few months ago for a camping trip, now sitting in his driveway getting little use.

“When he told me his bike was taken from him I didn’t say anything to him, but I immediately knew I was going to bring that bike to him, and give it to him in hopes he could use it,” the officer said. 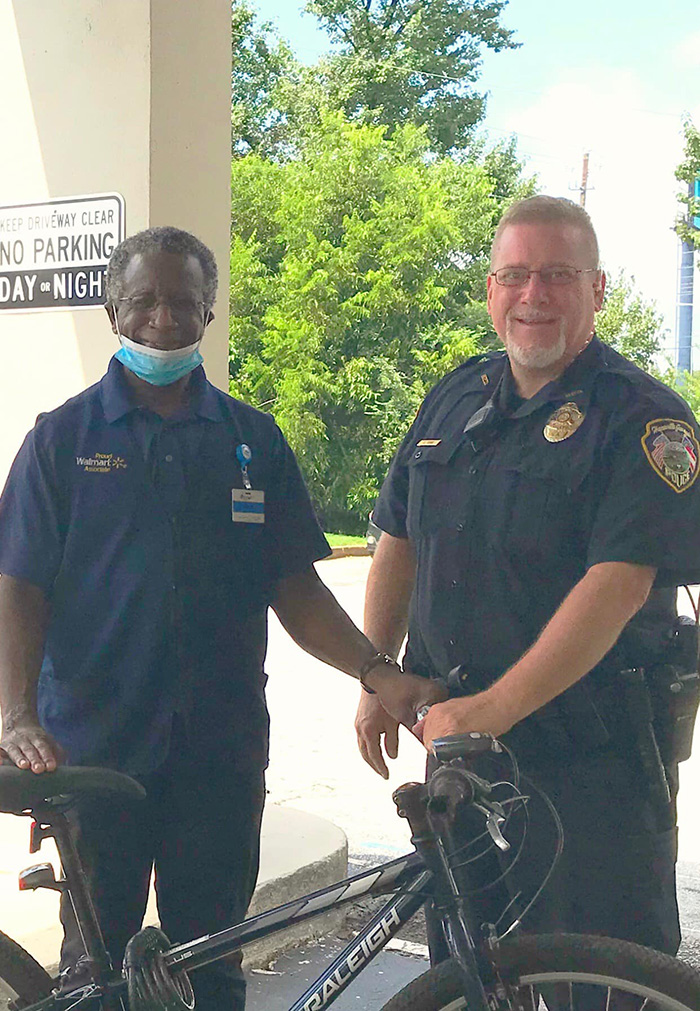 On Monday, Officer Rowe made a special delivery.

“”When I saw something that I had that I wasn’t using, and there was somebody that desperately could use it every day, I knew that I had to make that happen for him. It was just part of the way I was raised, the way I was brought up, to give back and to give where I can,” he said. 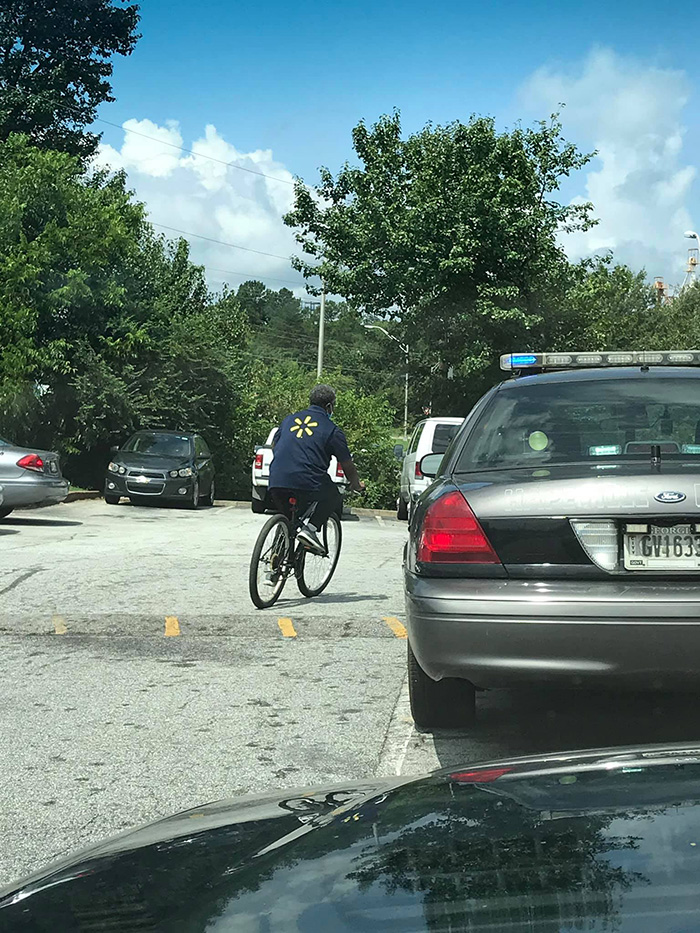 Magby is grateful for the act of kindness. He said the officer is a godsend.

“I had talked to God about it. He was like consider it done and he sent Officer Rowe my way. I’m grateful, thankful,” Magby said.

Column: In the middle of a pandemic, a miracle came to Father Greg Boyle and Homeboy Industries

John Kasich, a ‘Deeply Worried’ Republican, Steps Up for Biden

Man is Honoring Handshake From 28 Years Ago, Splitting Lottery Jackpot With a Friend After Winnings Millions