Warning: array_key_exists() expects parameter 2 to be array, null given in /home/412094.cloudwaysapps.com/jueqbxbbeg/public_html/wp-content/plugins/malcare-security/protect/prepend/protect.php on line 43
 For UVa band, pandemic means thinking on your feet - Realnews
28.6 C
Los Angeles 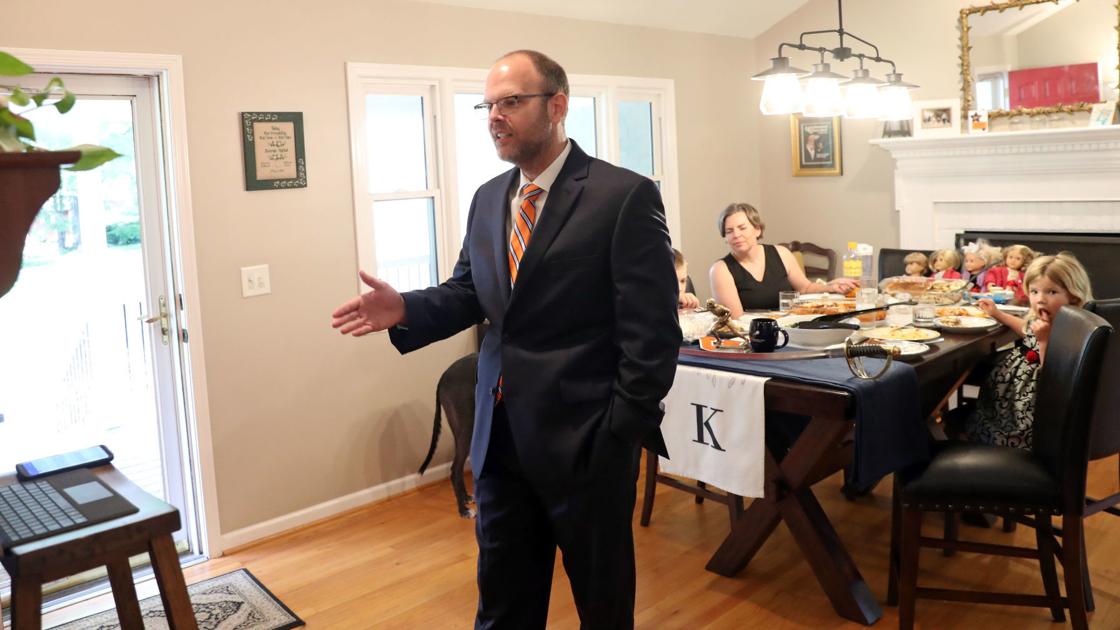 We’re providing access to COVID-19 articles for free. Please help support our work by subscribing or signing up for an account. Already a subscriber? Log in.

For the University of Virginia Cavalier Marching Band, spring usually means a chance to get dolled up and celebrate the year’s achievements at “band prom” — the group’s annual awards banquet. This year, though, the global coronavirus pandemic threatened to bring the celebration to an abrupt halt.

But as more end of the school year celebrations turned to virtual gatherings, the band took the cue and moved the beloved celebration to the Internet.

More than 200 band members, supporters and staff gathered on Zoom Wednesday evening to honor each other and commemorate the year.

“Tonight is all about you, and it’s about celebrating everything that’s great, that’s best about the Cavalier Marching Band,” said Andrew Koch, UVa’s interim director of bands.

Ahead of the festivities, Koch said the banquet is a huge occasion for the band.

“It’s casually called the band prom,” he said before the 16th band banquet kicked off over the meeting app. “ People get dressed to the nines and come out and we celebrate the year we take time to honor every band member, each comes across the stage.”

Three drum majors thought up the banquet, including the awards, Koch said, and it’s now become an event students look forward to every year.

As it became clear that an in-person gathering wasn’t realistic this year, one of the members of the band’s banquet crew asked Koch if he had considered doing it virtually.

This year the band wove philanthropy into the event, as every student was asked to donate whatever they were able to the Community Emergency Response Fund, housed at the Charlottesville Area Community Foundation. Koch and his wife, Kristin, will round up the overall donation and a local band supporter has offered to match their donation.

The evening was full of guest speakers, and each member’s name was read.

The “band Heisman,” which is the top award voted on by the students and the staff, was presented to Jessica Moskowitz.

John McHale, a third year tuba player, said that in the grand scope of things, having a culminating event changed pales in comparison to much of what’s going on in the world, but it’s still a little disappointing to not be able to end the year in person.

“I think it’ll be super cool, even though it’s not the same as being in person, it’s nice to have something marking the end, for many people, of four years of a significant college experience,” he said.

Getting to go to the ACC Championship and the Orange Bowl were highlights of McHale’s year in band, he said.

“Going to UVa I didn’t necessarily think that I would end up in one of the big six bowls in college football, but it was definitely a welcome surprise,” he said.

Tatayana Allen, a fourth year co-captain of the color guard, said one of her most memorable moments this year was when Virginia beat Virginia Tech.

“I love when the football team wins, but it wasn’t just about beating Virginia Tech, that’s not really my thing, it was getting the last chance to perform in Scott Stadium, and it just being a fun game,” she said. “So many people were there, and so many people stayed throughout the game and cheered for the team, and watching people rush the field is really, really fun.”

Even though the banquet can’t be held in person, Allen said, the band is lucky to be able to do it at all.

“It’s like marching band — everything is always changing and we always have to make quick changes,” she said. “This is kind of nothing new to us, and we always expect things to change and we always adapt really well.”

Amid a puzzling pandemic, they started posting riddles outside. Here’s what came next