‘Feeling Like Death’: Inside a Houston Hospital Bracing for a Virus Peak 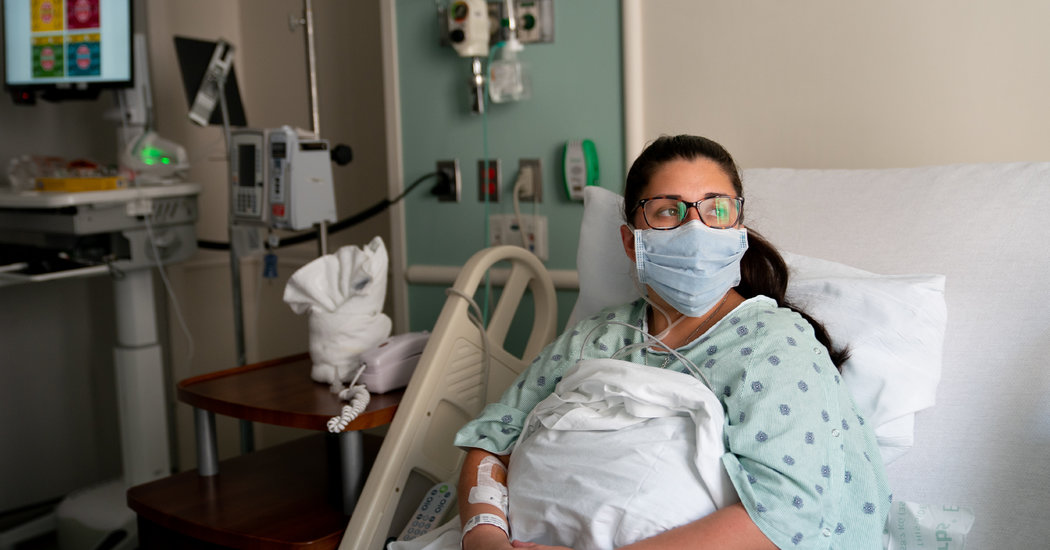 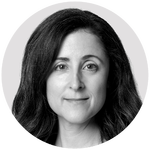 HOUSTON — Melissa Estrada had tried to be so careful about the coronavirus. For months she kept her three children at home, and she always wore a mask at the grocery store. She and her daughter even stitched face coverings for relatives and friends.

But over the weekend Ms. Estrada, 37, was fighting the virus at Houston Methodist Hospital after a week of treatments that included an experimental drug, steroids, intensive care and high doses of oxygen. She probably contracted the virus while attending a dinner with relatives who had also been cautious, she said. Within days, all four adults and several children who had been at the gathering tested positive for the coronavirus.

“It was really, really scary,” Ms. Estrada said of her illness. She worried constantly about leaving her children motherless. “You hear about it and you think it’s the older people or the people with underlying issues,” she said. “And I’m healthy. I don’t understand how I got this bad.”

Coronavirus cases are rising quickly in Houston, as they are in other hot spots across the South and the West. Harris County, which includes most of Houston and is one of the largest counties in the nation, has been averaging more than 1,100 new cases each day, among the most of any American county. Just two weeks ago, Harris County was averaging about 313 new cases daily.

Measures to cope with the surge and to plan for its peak were evident over the weekend at Methodist, which called nurses to work extra shifts, brought new laboratory instruments on line to test thousands more samples a day and placed extra hospital beds in an empty unit about to be reopened as patients filled new coronavirus wards.

Gov. Greg Abbott, speaking in Dallas on Sunday, said that the virus had taken a “very swift and a very dangerous turn” in Texas, and that the increase in the rate of positive coronavirus tests, to over 13 percent in the past month from less than 4 percent, was an “alarm bell.” He made the grim assessment after meeting with Vice President Mike Pence and Dr. Deborah L. Birx, the coordinator of the White House’s coronavirus task force, who joined the governor in urging all Texans to wear masks and avoid close contact in crowds.

Mr. Pence, appearing at a Dallas rally celebrating religious freedoms, threw his support behind Mr. Abbott and his efforts to reopen the state’s economy — even as the governor made an about-face on Friday in his phased plan by ordering bars closed and capacity at restaurants cut. Many young people had socialized in them, standing close together, not wearing masks, some expressing skepticism that they could become infected.

During the virus’s first peak in April, the majority of patients testing positive in the Methodist hospital system were older than 50. Now the majority are, like Ms. Estrada, relatively young. Nearly one-third of intensive care patients are now under 50, much higher than in the initial coronavirus surge.

The stress on medical institutions burst into public view last week, when Texas Medical Center — a downtown cluster of Houston’s major public and private hospitals, including Methodist — announced that the baseline intensive care unit capacity across its hospitals was full, with 28 percent of beds occupied by virus patients. That was nearly twice a threshold established by the state, which called for I.C.U.s to have a maximum 15 percent of virus patients for hospitals to resume elective services.

The hospitals typically operate with nearly full I.C.U.s, and had planned to increase the number of critically ill patients they could treat. But the next morning, the governor issued an executive order that again restricted elective surgeries in Harris County. The order, however, allows hospitals to continue performing surgeries and procedures that will not deplete their capacity to care for coronavirus patients; some hospital executives and doctors, including ones at Methodist, said they were able to continue providing those services, which they viewed as particularly needed after being halted during the initial shutdown. The Texas Medical Center hospitals are collectively treating about 1,500 coronavirus patients, according to figures released on Saturday.

During the previous surge in mid-April, Methodist’s system had at most just over 200 coronavirus patients. On Sunday, it had nearly 400 inpatients with the virus, and about 150 more were being tested for it. Some models predict a peak in two to three weeks.

Roberta L. Schwartz, an executive vice president and chief innovation officer at Methodist, who is serving as the coronavirus incident commander, walked from unit to unit on Saturday “trolling for beds,” as she described it. She spoke with nurses and doctors, troubleshooting to solve problems that could delay sending patients home or transferring them to lower levels of care when they were ready. She informed nurses in an intermediate care unit that it would soon transition into an I.C.U. for coronavirus patients.

She visited a huge laboratory with more than $3 million worth of new instrumentation that she referred to as the “Taj Mahal,” a former academic lab that was repurposed to process virus tests, and took her first look at two recently purchased machines that can run 1,000 tests a day. In some parts of the country, laboratories, including Methodist’s, have experienced recent testing backlogs as demand and new cases have increased.

The hospital is hiring traveling nurses to bolster its staff and offering bonuses as incentives to some employees to take extra shifts. In recent days, hospital beds and mobile computers were rolled into an empty, 34-bed unit that had been shuttered and will now be used for coronavirus patients. “This is why I don’t have to put trailers out front and mobile hospitals out front,” Dr. Schwartz said. The changes were also part of the hospital’s efforts to maintain capacity to safely treat its many nonvirus patients.

It sits near other renowned medical institutions including Baylor College of Medicine, MD Anderson Cancer Center and Texas Children’s Hospital, which is opening a unit to treat adult coronavirus patients. Methodist and several other private hospitals have also agreed to accept virus patients from Harris County’s inundated public hospitals, part of the Harris Health System.

Tritico Saranathan, a charge nurse on one of Methodist’s virus wards, said she had noticed that patients were younger than those first hit by the coronavirus several months ago. “We’re seeing a lot of people in their 30s — they’re out there partying and not wearing their masks,” she said. “As soon as the city opened up, they were very eager to go to the bars, to the clubs, to the restaurants, just to hang out in groups. And no one was social distancing or wearing a mask.”

“What I’m seeing is that they’re pretty sick — the younger ones are pretty sick,” she said. “They’re struggling a lot with respiratory issues. They’re having a hard time breathing,” she added, “just feeling like death.”

One of the newest coronavirus patients, Jessica Rios, 36, a mother of four with pneumonia, was transferred to Houston Methodist by ambulance from an urgent care center on Saturday. She said her husband was being treated in the hospital, too. She worried about her children and was frequently using FaceTime to call them. Her 18-year-old was looking after her 12-year-old, who has severe asthma and has also tested positive for the virus, and her 5-year-old twins, one of whom has cerebral palsy and has tested positive, too. “It’s kind of hard to be here when I have them at home struggling,” she said.

Ms. Rios had not been out partying. She said she thought she had contracted the coronavirus while working as a clerk in a dialysis unit for children. She said that she has allergies that make it difficult to wear a mask, and that she would sometimes take her mask off in the unit, where one child later tested positive for the virus. “I couldn’t tell you if every time I talked to her I had a mask on,” she said.

In another room nearby was Curtis Ezell, 37. He had come to the hospital to be treated for heart failure, but tested positive for the virus when he had a routine test upon admission. He sometimes does deliveries for DoorDash, a food delivery service, and recently moved to Houston, staying at hotels.

He said that he had no idea how he had contracted the virus, and that he was not experiencing common symptoms of the infection. “If you know someone with Covid, everyone should get tested,” he said.

An even younger pneumonia patient, Alexander Nelson-Fryar, 25, was in a new ward for 15 coronavirus patients that just opened last week. He said that he worked training employees at a medical clinic nearby that sometimes saw virus patients. Mr. Nelson-Fryar said that he had worn the same mask at work every day, which he would keep in his car, and that he did not know how he had become infected. “I go there and I go home,” he said. “I think I got a little unlucky.”

He said he feared that people his age were not taking the illness seriously enough, as he himself had not. “I thought younger folks are not going to get symptoms; if I do get it, it’s not going to be a big deal,” he said.

That was not true in his case. “It hit me like a truck,” he said. “Even if you are young and not at risk, it’s pretty scary.”

At Methodist, the majority of the coronavirus patients are in designated medical wards, not in the I.C.U.s.

That might be because of the increasing proportion of younger, healthier patients. Hospital leaders say they are also getting better at treating patients, avoiding the need to transfer them to I.C.U.s. The length of hospital stays for virus patients at Methodist is about a day and a half shorter this month than it was in April and May.

It remains possible that the proportion of patients in the I.C.U.s could rise, because of the time lag between when a patient first gets sick and develops critical illness.

On Saturday evening, after making rounds, Dr. Faisal Masud, the medical director for critical care across all of Houston Methodist’s hospitals, described the younger virus patients in the I.C.U.s. “Typically there are definitely 30-year olds, 35-year olds,” he said, adding that the most severely ill young people often are obese or have medical problems such as diabetes, kidney disease and high blood pressure. One young patient was on an external heart-lung machine known as ECMO.

During the first surge, Dr. Masud said, some young virus patients came to the hospital extremely sick and died soon after they arrived. Now, he said, they are coming earlier, but more often.

“I think that there was a sense of being invincible or this is not their problem, even if they caught it, no big deal,” he said. That attitude has changed in the past few days, he said, including among his own three daughters, who are all in their 20s. “They’re now paying attention,” he said.

Ms. Estrada, the mother of three who was being treated for the coronavirus, said she worried that there would be more patients like her.

“They opened up our city way too quick — our governor didn’t want to let the bars be closed and the restaurants and functions, and they just wanted us to get back to normal,” she said, adding, “I knew it was a bad idea.”

The Challenges of the Pandemic for Queer Youth

A New Coronavirus Threat to Children