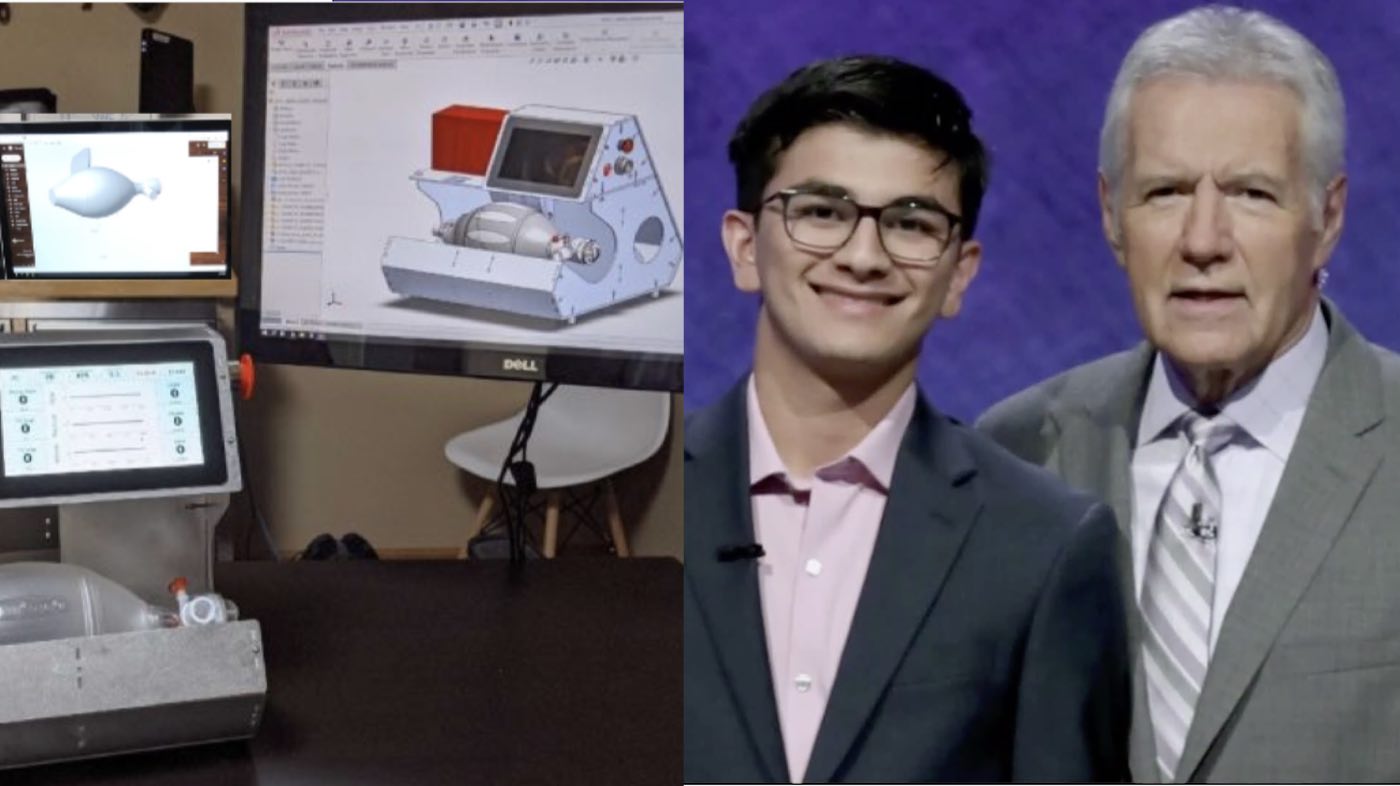 Since March, more than 180 volunteer doctors, engineers, and tinkerers have been working together in their spare time to design a cheaper ventilator that can save lives while still costing much less.

And, last week their device received emergency approval from the US Food and Drug Administration (FDA) for use on patients.

One of the volunteers who helped design the ventilator’s user interface is an 18-year-old software engineer, Avi Gupta, who is the youngest member of the team—and also the reigning Jeopardy! Teen Tournament champion.

“The original prototype which was fully functional was made in our garages,” Gupta told KGW News. “So it’s truly something that can be deployed worldwide.”

Developers said the LifeMech Adapted Ventilator System (A-VS) will cost around $400 to manufacture, and the plans are Open Source, so anyone who has the need and ability to make one, can see the plans.

The nonprofit, which has filed with the IRS to be recognized as 501(c)(3) tax deductible entity, has already raised $25,000 to cover costs of parts and testing, but needs more money to move into manufacturing.

Their goal is to get the ventilators into the hands of doctors who need them in developing countries like Zambia, Nigeria and Bangladesh.

You can help the developers by donating on their GoFundMe page.

MULTIPLY The Good By Sharing With Friends on Social Media…

First Sickle Cell Patient Treated with CRISPR Gene Editing is Now Thriving One Year Later, And Able to Care For Her Kids