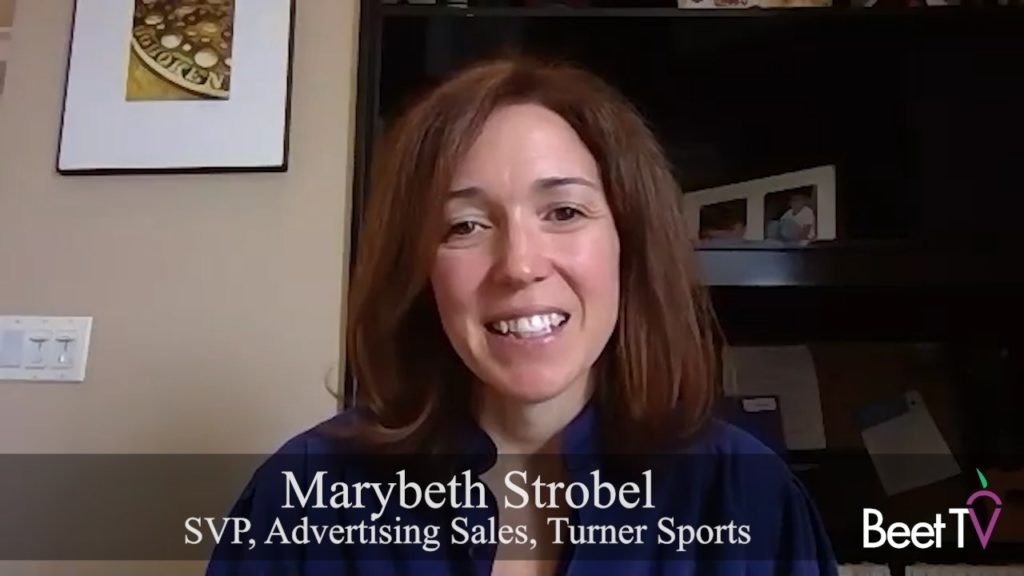 Live sports are ready to make a comeback after the pandemic led to the biggest interruption in fan attendance since World War II. As vaccine researchers report surprisingly good results from recent tests, many people next year are more likely to seek things they had shunned, including sporting events, concerts, theaters, airlines, restaurants and stores.

Next year will bring the return of sporting events that were canceled, including the Summer Olympics and the NCAA men’s basketball tournament that typically generate significant media spending. Marybeth Strobel, senior vice president at Turner Sports, is cautiously optimistic about what next year will bring.

“I hope in 2021 we’ll see sports come back in an even bigger way,” she said in this interview with Beet.TV. “Fans are excited to get back, and next year will bring us the NCAA tournament which we lost for a year.”

The tournament, known as “March Madness,” in 2019 was the third-biggest generator of advertising revenue after the Super Bowl and the NBA playoffs, according to market researcher Kantar. Since 2011, Turner Sports has carried the tournament in a collaboration with CBS Sports. Turner shows games on TBS, TNT and TruTV.

“Sports has always attracted marketers who want huge exposure — real high impact — particularly and historically on television, but fans are now consuming content on multiple screens,” Strobel said. “It’s something that we need to be fully aware of in the way that we work with our partners.”

Turner Sports not only works to provide valuable content, but also aims to provide audience reach to consumers at different stages of the “sales funnel,” which generally starts with broad awareness and narrows down to a final sale. Along the way, audience data from telecommunications giant AT&T, the parent company of WarnerMedia and Turner Sports, help to inform media buyers.

“That’s the beauty of data,” Strobel said, adding that “when we talk about data, we also need to be very careful in the sports space. A lot of times if you delve into data, you’re constantly being pushed toward the bottom of the funnel without feeding the top. That top is so important when it comes to that element of discovery.”

From there, metrics help to determine the efficacy of marketing messages in guiding the consumer toward the bottom of the sales funnel.

“We just need to be very careful and aware of measurement,” Strobel said. “We need to make sure that we’re working together as an industry toward that holistic, cross-platform measurement capability.”

The Age of Russia is over