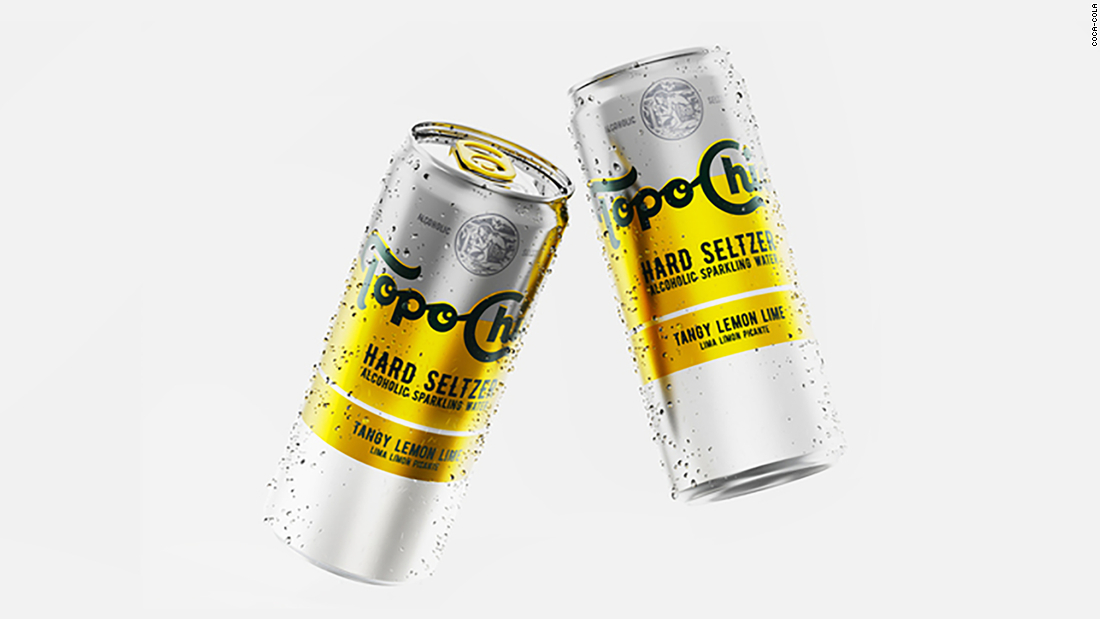 New York (CNN)Coca-Cola is launching a hard seltzer under the cult-favorite brand Topo Chico. The drink will initially be available in select cities in Latin America.

This is the company’s first move into the hard seltzer space. The beverage giant purchased Topo Chico in 2017 for $220 million.

The category is growing at a fast pace, leading to new hard seltzer launches across several brands. In May, Anheuser-Busch launched Social Club Seltzer, a premium seltzer with cocktail flavors, like an Old Fashioned, which is typically made with whiskey, a sugar cube and bitters.

At the beginning of 2018, just 10 hard seltzer brands were on the market, according to a Nielsen report, a number that rose to 26 brands by early 2019. “More than 65 brands are now fighting for consumers’ attention and purchase,” according to Nielsen.

“Within the hugely successful and growing hard seltzer segment, new and ‘old’ brands alike can succeed even if their market share is relatively small or declining, because the total pool of sales of hard seltzer within US retail is growing at such a high rate,” Danelle Kosmal, VP of Beverage Alcohol at Nielsen, told CNN Business.

“As such, with new launch after new launch, manufacturers may lose market share but continue growing their sales,” she added.

Jordan Valinsky contributed to this article

Nets, Magic kneel together for anthem as one player stands

Not sure which iPad is best? Here’s how to choose the best Apple tablet

Coronavirus pandemic: Updates from around the world

‘Whoever finds this will remember Hitler’s war against humanity’: Message in a bottle left by Nazi slave workers is discovered hidden behind a wall in Polish railway station