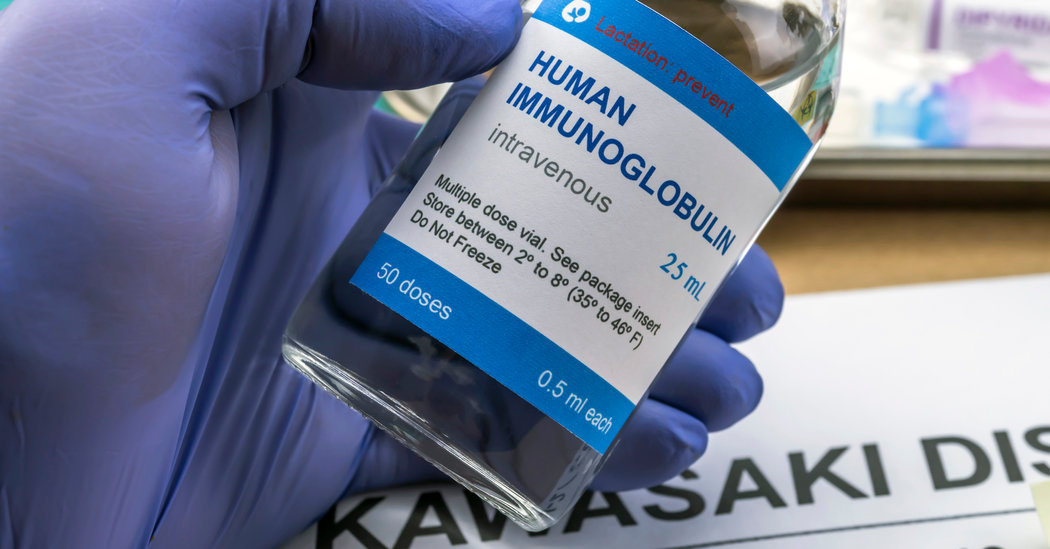 Now, nearly two months after the first cases were reported, doctors can reassure parents that the syndrome remains rare, while continuing to urge vigilance.

When doctors began to recognize a serious inflammatory syndrome affecting children, apparently related in some way to Covid-19 infections, it was scary news for parents and pediatricians alike. Everyone had taken some comfort in the idea that this terrible and terrifying pandemic was in large part sparing the young.

Nobody could tell how common this new syndrome would turn out to be, and people worried that the surges of coronavirus infections and deaths among adults might be trailed by increasing numbers of children who had perhaps had mild or asymptomatic infections, but would later develop this mysterious illness.

Now, nearly two months after the first cases were reported, doctors can reassure parents that the syndrome remains rare, while continuing to urge vigilance. We do need to identify these rare children, because while they may start out with very common symptoms, they can become very sick — and also because we have therapies which seem to be working — which is the other cautiously positive news.

The doctors taking care of these children around the world, pediatric hospitalists and intensivists, rheumatologists, infectious disease specialists, cardiologists, immunologists, are absorbed in the unusual experience of managing and figuring out a new syndrome, a new entity, a new disease. And as with other aspects of the current pandemic, clinical cooperation and medical research are happening on an unprecedented level.

Dr. Gail Shust, an associate professor in the division of pediatric infectious diseases at New York University School of Medicine, said that different specialties within the same hospital, and different hospitals across the city and around the world, are connecting on daily calls to discuss patients and therapies.

In New York City, Dr. Shust said, doctors are seeing a decline in these cases, though everyone is worried about what is going to happen in other states, as the pandemic flares.

The symptoms are common in any pediatric practice: fever, rash, upset stomachs. “When I get calls about kids with fever and rash, my thought process has changed, and I worry about things I didn’t worry about before,” said Dr. Leora Mogilner, an associate professor of pediatrics at Mount Sinai who sees patients at their pediatric associates practice.

Back in March or April, if a child had vomiting and diarrhea, doctors sought to counsel parents on how to manage it at home. “Now we’re looking at it through a different lens,” Dr. Mogilner said. “We’re asking, did the child have Covid, or more usually a family member?”

If there’s any concern that a child is not looking well, she said, that child needs to come in, get vital signs checked, and get lab work done. “It’s very anxiety-provoking for pediatricians in primary care, and also for very seasoned parents,” she said.

Dr. Philip Kahn, a pediatric rheumatologist at New York University School of Medicine, said some need intensive care, and others have relatively mild disease and may not get treated at all. But even most of the sick ones do well, he said: “The vast majority need treatment, they’re treated, they go home,” he said.

More detailed reports are appearing, detailing the clinical presentation and the clinical course of these children. An article published this month in JAMA looked at 58 children hospitalized in England. The median age was 9 years old. All of the children had persistent fevers, ranging from 3 to 19 days, and 45 of them had evidence of current or past Covid-19 infection.

Dr. Michael Levin, who is professor of international child health at Imperial College London, who was the senior author on the study, said that the children fall into three groups. Most concerning are the group with critical illness, with shock and multi-organ failure, particularly affecting the heart muscle.

Then there is a group of children who don’t require intensive care, but meet criteria for Kawasaki disease, a different illness with a constellation of similar clinical features, including fever, rash, conjunctivitis, red swollen hands and feet, and swollen lymph nodes.

And finally, he said, there is a much larger group of children with persistent fever who may have one or two of those features, but whose laboratory results indicate a high degree of inflammation.

Gastrointestinal symptoms were common, with half of the children in the study having abdominal pain, and many with vomiting and diarrhea. Thirty of the 58 had rashes, 26 had conjunctivitis. Some had sore throats, headaches, red swollen hands and feet, swollen lymph nodes. And their blood tests showed elevated markers of inflammation.

Dr. Shust in New York was also struck, she said, by how many of the children there were coming in with gastrointestinal symptoms. “It’s really pretty severe and prolonged abdominal pain,” she said, “not just, ‘I have a tummy ache after I ate dinner,’” she said.

Some children with heart problems may complain of chest pain, Dr. Shust said, or they may have cardiac dysfunction discovered as they are checked for other symptoms. In Kawasaki disease, cardiac complications tend to come late, after the acute illness, but in MIS-C, she said, there may be problems early on.

Depending on their clinical appearance and the severity of their illness, these children are being treated in a variety of ways. The sickest ones require intensive care support and ventilators. Many receive IV immunoglobulin, which is the treatment for Kawasaki disease, and others are getting immunomodulating drugs which affect the so-called “cytokine storm,” the severe immune reaction that causes many of the symptoms.

“The good news is that even the children who have had pretty severe dysfunction seem to be turning around pretty quickly,” Dr. Shust said. “We’re following those kids really closely with EKGs and serial echocardiograms; we don’t know what the natural history of this syndrome will be.”

Of the 58 children in the British study, 29 developed shock and needed I.C.U. care, and 23 of those ended up needing time on a ventilator. Eight developed abnormalities of their coronary arteries. Many of them got immunoglobulin and corticosteroids, and a few got the immune modulator drugs.

Another article, published last week by researchers at Mount Sinai, looked at 15 children in New York City, and noted a disproportionate burden of disease in Hispanic and African-American children.

Dr. Usha Ramachandran, an associate professor of pediatrics at Rutgers Robert Wood Johnson Medical School, who provides primary care to patients at Eric B. Chandler Health Center in New Brunswick, said that parents ask her, “‘You don’t think it’s that bad thing we’re hearing about on TV that kids are getting?’”

If children aren’t sick enough to get blood tests done, she has been following up closely with phone calls and telehealth visits. “Luckily, I’ve been able to say, I don’t think so, he doesn’t have the fever, but we’re going to watch him closely, and if things take a turn for the worse, call me right back, take him to the emergency room.”

“Hospitals and E.R.s are set up to look for this and pick up on this diagnosis and triage the kids appropriately,” Dr. Kahn said, “Everyone’s on heightened alert.”

Dr. Levin said, “While it is a serious disease, it is very rare.” He said that the many children in New York City who have contracted the coronavirus, most will have had very mild or asymptomatic infections and only a small proportion will end up with multisystem inflammatory syndrome.

“Don’t panic, but if your child has a prolonged fever and these symptoms, it’s worth calling your pediatrician,” Dr. Shust said. “Parents know better than anyone else if a kid is not acting right.”

WHO speaks at the European Parliament on the COVID-19 response

Partners in health: Germany and France commit to increased support to WHO affirming the Organization’s crucial role in global public health

Dairy Farmers Dumping Milk Worldwide Are on Brink of Crisis

Pence Deletes Photo of Campaign Staff Without Masks, Crowded Together