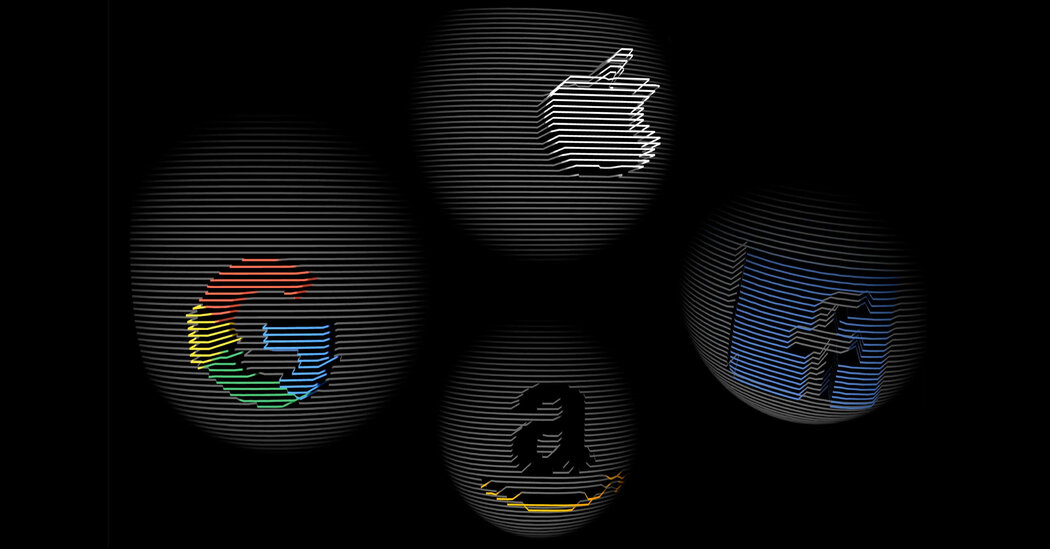 The congressional antitrust hearing showed that concerns about the tech stars aren’t going away.

Wednesday’s five-plus-hour congressional probing of the bosses of America’s tech giants did not reveal a singular “gotcha” moment or smoking gun email. We’ve heard many of these examples of Big Tech abuse before.

But the power of this hearing and others like it was the cumulative repetition of tales of abusive behavior, and evidence of the harm this has had on people’s lives.

The spectacle also showed that the impact of congressional investigations is the digging that happens when the C-SPAN cameras are turned off.

Worries about America’s tech stars have swirled for years. It’s clear now that this isn’t going away. In world capitals, courtrooms and among the public, we are wrestling with what it means for tech giants to have enormous influence on our lives, elections, economy and minds.

And while what happens to the future of Google, Amazon, Apple and Facebook is anyone’s guess, it was clear from Wednesday’s hearing that Congress was pointing the way for other branches of government to pick up the digging from here.

We saw on Wednesday old emails and texts from Mark Zuckerberg, worried about Facebook losing ground to Instagram and suggesting that buying competing apps is an effective way to take out the competition. The big deal here: Trying to reduce competition by purchasing a rival is a violation of antitrust law. (Zuckerberg said that Instagram’s success wasn’t assured when Facebook bought it.)

Representatives said that their interviews with former Amazon employees backed up news reports that the company used private data from its merchants to make its own version of their products.

The subcommittee discussed their conversations with companies that claimed Google funneled web searches to services it owned rather than to rivals like Yelp. Through company documents and questioning, members of Congress picked apart Apple’s stance that it treats all app developers the same.

My colleague Kevin Roose wrote that the tech bosses seemed to be “taken off guard by the rigor and depth of the questions they faced.”

The Department of Justice and the Federal Trade Commission are also investigating whether these companies abuse their power, and I bet they watched closely. The U.S. government’s antitrust case against Microsoft more than 20 years ago was built, in part, on the emails of Bill Gates and other Microsoft executives discussing how they planned to kill upstart competitors.

Here’s one more sign that the backlash against Big Tech has only just begun: The shouty tech critics in Congress and the tech bosses all seemed to agree that these four companies have a meaningful impact on many people’s lives.

The tech bosses focused on the good that comes from their companies’ size, reach and influence. A New York bakery finds customers by buying advertisements on Google. Merchants can thrive by selling their products or apps on Amazon or Apple.

The representatives pointed out examples of the dark side of Big Tech’s size, reach and influence. In the pin drop moment of the hearing, a House member played an audio recording of a book seller saying her family was struggling because of a change Amazon apparently made that dried up her sales there.

The subcommittee chairman said these tech powers can pick the winners and the losers. That might be stretching it. But both sides demonstrated that these four companies have a profound say in who wins or loses.

Lawmakers of all political stripes seemed uncomfortable with the knowledge that four companies have this much influence. Beyond the legal antitrust questions at issue, it’s this feeling of discomfort that makes it hard to imagine that nothing will change for these tech superpowers.

Some Republican politicians’ complaints about political bias aren’t backed by credible evidence. Regardless, suspicion of bias is a thorny problem for these companies.

In a 2018 Pew Research survey, Americans who described themselves as Republicans or Republican-leaning overwhelmingly said that they believed that tech companies censor online information for partisan reasons. (A smaller, but still majority, share of Democrats said that they believed this, too.) Since then, polling has shown a growing mistrust of tech companies, particularly among conservatives.

This doesn’t seem to have hurt the tech companies’ businesses. In fact, some Republican members on Wednesday argued that even though people don’t trust Big Tech, they have no choice but to continue using these services because these companies have so much influence. It was an effective way to connect bias concerns to investigations into tech company market power. (Yes, I said earlier this week not to pay attention to bias claims. But maybe pay attention a little?)

Even if allegations of bias don’t cause the companies to lose customers, the loss of faith among a large share of Americans should worry them.

It’s also a problem if the tech companies overcorrect. Facebook employees and critics have said fears of being accused of bias have made the company reluctant to crack down on people, including President Trump, who spread dangerous or inflammatory messages online. It’s a fine line to walk.

Best wishes forever to this tiny rabbit peeking out of a canvas bag.

Riding Out Quarantine With a Chatbot Friend: ‘I Feel Very Connected’