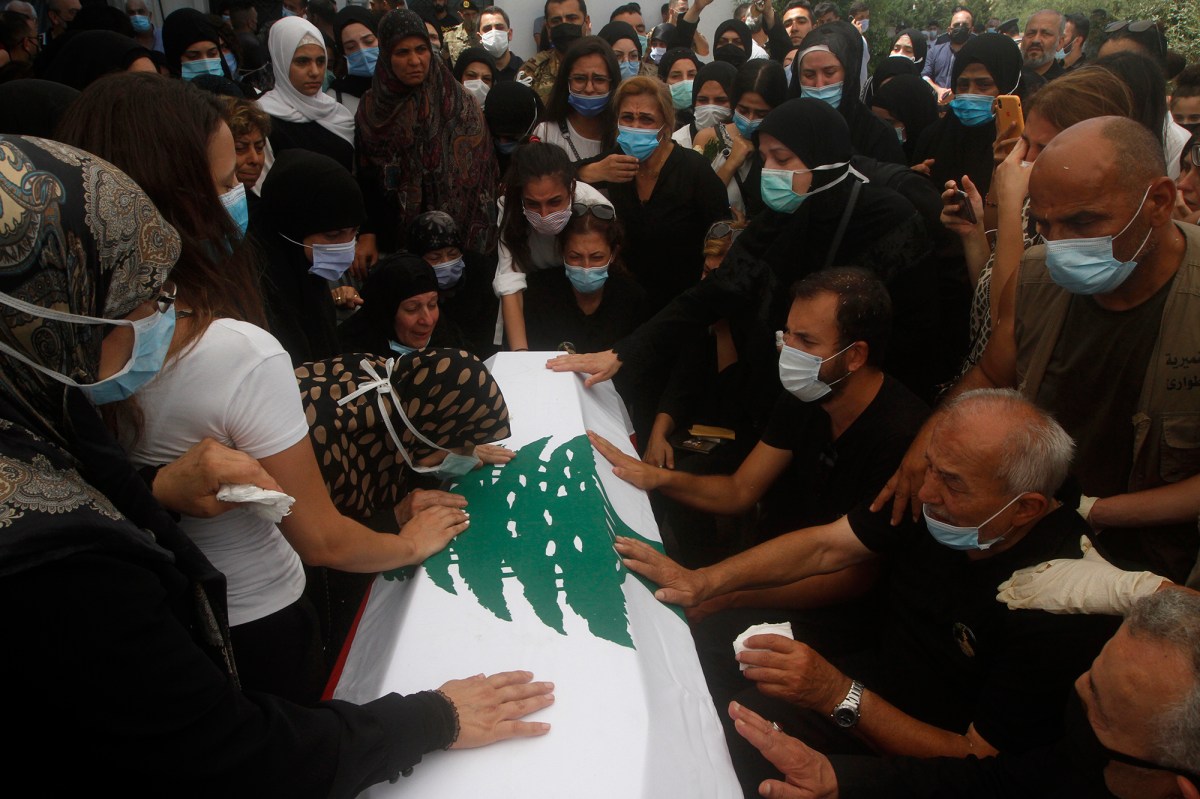 Grief-stricken Beirut morphed into a hotbed of protests Saturday, with angry crowds lashing out at security forces over the government’s handling of a massive chemical blast that killed nearly 160 and left 300,000 homeless.

Tuesday’s blast, near a port, put a fine point on the public’s outrage over an economic crisis that has left Lebanon on the brink of bankruptcy.

Over the past half-dozen years, the country’s customs, military, security agencies and judiciary had issued at least 10 warnings about the chemical stockpile, AP reported, citing government documents that surfaced on social media.

Demonstrators set up mock nooses in Martyrs’ Square for leaders who they blame for the explosion, which leveled a swath of the capital city’s center. A banner read “Resignation or hang.”

For Khodr Ghadir, the nooses were for every politician in the last three decades. “What happened was a spark for people to return to the streets,” he told AP.

Earlier in the day, the demonstrators set up their headquarters in the foreign ministry building. Others rushed into the economy, energy and environment ministries. A handful walked away from documents that they claimed will show government corruption.

To try to calm the crowds, Prime Minister Hassan Diab went on television in the evening, promising to hold early elections and offering to stay in his post long enough to allow for leaders to work on structural reforms.

His words, though, didn’t appease Tarek, a 23-year-old university student who was waiting for police with a bottle of paint and water.

Senior officials from the Middle East and Europe started arriving in Lebanon Saturday in a show of solidarity after a massive explosion hit Beirut.Hassan Ammar/AP

“The current leaders’ bloodline needs to end,” he said.” We want the death of the old Lebanon and the birth of a new one.”

Sandy Chlela, a 35-year old computer programmer from Kousba in the north, knows the protests won’t bring change but thinks they pressure the politicians.

“I know it will not change much but we can’t act as if nothing happened,” she said.

The U.S embassy in Beirut tweeted that “the Lebanese people have suffered too much and deserve to have leaders who listen to them and change course to respond to popular demands for transparency and accountability.”

Before the protests, the head of the Cairo-based Arab League, the European Union president and Turkey’s vice president arrived to show their solidarity with Lebanon.

The Arab League’s Ahmed Aboul Gheit told reporters that he would pull together Arab efforts to get supplies and manpower to Lebanon as well as assist in the investigation of the explosion.

At the site of the blast, workers continued searching for dozens of missing people.