6 members of Riverside family test positive for COVID, including 1 in grave condition 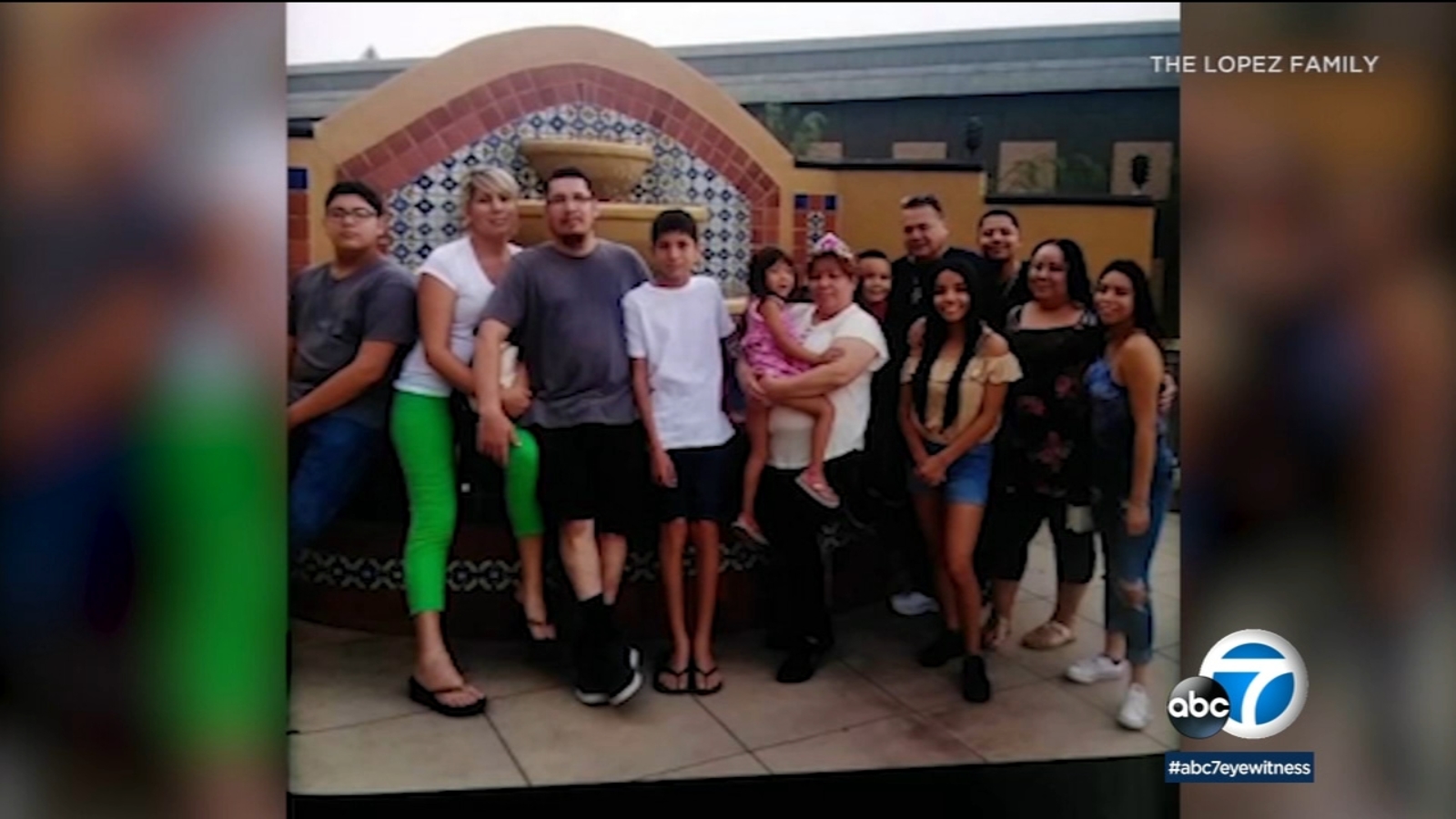 RIVERSIDE, Calif. (KABC) — A Riverside family is pleading for people to take proper precautions as COVID-19 cases soar across the country. In their case, six out of the eight people living in the same home are infected.

“Everybody just needs to be really careful and really take it serious, because it is hard,” said Tina Rubio, whose husband, daughter, nephew, mother-in-law and father-in-law have all tested positive for the virus. For most of them, symptoms included a light fever and what she described as the “COVID cough.”

“It’s so dry that when you go to cough you can’t even cough right,” she said.

While most of them are doing better, her father-in-law has the worst of it, and is now hospitalized.

“He has bleeding in his body,” she said. “They don’t know where it’s coming from. He’s going through dialysis right now, and his organs are shutting down.”

Rubio said she’s not sure who got infected first. It started when her daughter was showing symptoms during an October trip to Nevada. Then her husband started getting sick.

“After he started feeling sick, he slept the whole day,” Rubio said. “When he got up, he wasn’t feeling good at all, and we decided to start heading home.”

When the family returned home, four of them immediately got tested for COVID-19. Although there was some confusion over the results at first, she said her doctor later confirmed they were all positive.

“I just lost it,” said Rubio. “I just felt really bad, because we had been walking around like nothing was wrong.”

She said her mother-in-law is overridden with guilt, because not only did she lose her brother to COVID-19 earlier this year, but she believes she’s the one who infected her husband who is now hospitalized.

“She was even saying when she started her cough, she should have gone to another room and left him by himself,” Rubio said. “But he didn’t want her to leave him. So she just stayed with him and didn’t leave his side.”

Rubio said that the family feels like all they can do now is pray. They’ve held prayer vigils in the front yard of their home, as well as in the hospital parking lot. While it’s a horrific situation for all of them, she said it’s perhaps most difficult on her children.

“They don’t understand why they can’t hug grandma or hug auntie,” Rubio said. “It’s just sad. Everyone just needs to be careful.”