2020 Was Another Big Year for Fiscal Chicanery in L.A. City Government 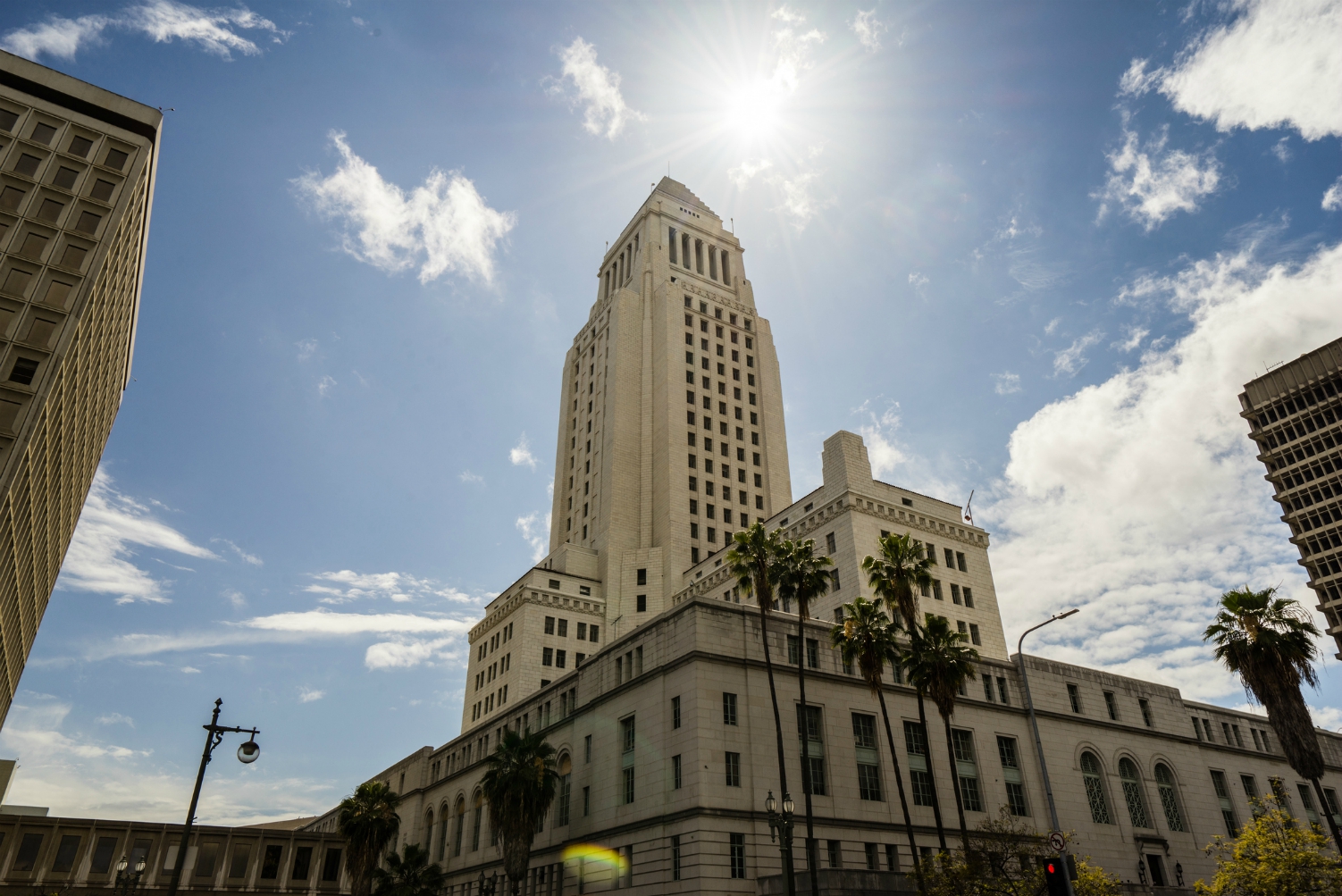 When it comes to the subject of city workers taking liberties with city resources, 2020 brought good news: City Controller Ron Galperin’s Fraud, Waste, and Abuse unit saw 15 percent fewer complaints than it did during the previous year.

Yet take that with a grain of salt the size of a politician’s lectern: The FWA crew still fielded 460 calls about alleged contract bid rigging, payroll fraud, and other financial shenanigans—and this was with most city employees distanced from their coworkers due to the pandemic. The tally is down from the 543 complaints the year before, but it still registers as the second-highest total since 2010.

That is one of the juicy items revealed in “On the Lookout,” an annual report digging into fiscal and other misdeeds that Galperin’s office recently released. While not quite a Tom Clancy page-turner, it reveals a plethora of intriguing data, case studies, and the occasional “whoda thunk?” moment regarding what people try to get away with.

A good starting point is the raw number: In the report Galperin said the record complaint level in 2019 was a result of city employees receiving enhanced training about what constitutes malfeasance. In fact, what the numbers in the last two years may actually indicate is how much chicanery was previously being missed. In 2016 the FWA unit reported receiving just 173 complaints, and the following year the figure landed at 223. That’s a two-year total of 396, compared to 1,003 in 2019 and 2020. It either means city workers became a lot shiftier or the reporting mechanism simply improved.

Speaking of reporting mechanism, when it comes to tattling, the people speaking up don’t want others to know. Maybe there’s a “snitches get stitches” fear in the city workforce, but “On the Lookout” reveals that nearly two-thirds of the complaints were submitted anonymously. Additionally, 96 percent of the reports came in through the department’s “Fraud Hotline,” either on the web or the phone (866-428-1514).

It is worth noting that a minority of the calls about suspected nefarious activity led to direct action from Galperin’s office. When a report comes in, his team does an initial review. Sometimes this propels a formal FWA investigation, and other times it is kicked over to law enforcement or a different city department, as occurred with complaints about phone scammers posing as utility workers (a case for the DWP or LAPD). On other occasions an allegation simply doesn’t hold water. The report notes, “If the complaint is based solely on the reporter’s opinion, or the reported risk has been addressed through a city policy change, the case will be closed with no further action.”

Of the 460 calls last year, 161 were deemed “actionable” cases for either Galperin’s squad or an outside unit. Of these, 45 involved the DWP, making it by far the department most often under the microscope. Another 15 complaints mentioned the LAPD, 12 targeted the Bureau of Sanitation and 11 cited the Fire Department.

A total of 494 cases were closed last year (the number includes some 2019 holdovers). Again, not every closure means someone was punished, but “On the Lookout” found that 19 percent of the finished cases involved an alleged waste of city resources, 17 percent concerned suspected time theft, and another 17 percent alleged contractor fraud. 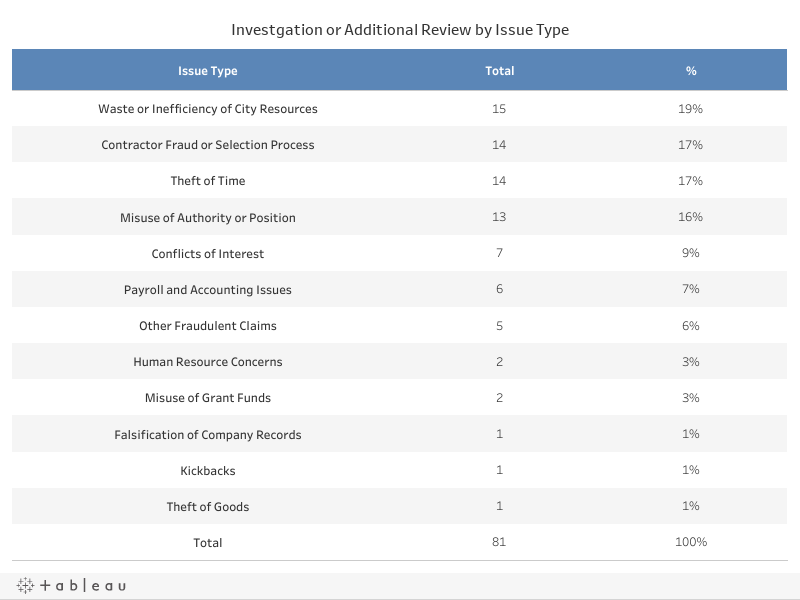 The most intriguing section of the report describes the outcomes of a handful of cases. It details Bureau of Sanitation employees who inappropriately received a cumulative $209,000 in overtime pay over three years; the tip came in via the FWA hotline, and according to the report, “The employees entered into repayment agreements which are currently pending as their union is negotiating on their behalf.”

Another Bureau of Sanitation employee was found to have been violating guidelines by covering an ex-spouse for health and dental benefits on a city insurance plan. The worker was ordered to pay back $63,000, equal to the amount of 14 years of premiums for the former spouse, according to the report. The unnamed worker resigned shortly after the investigation ended.

Sometimes the tips uncovered not illegal activity, but just rampant waste, as with the revelation that an inefficient Fire Department permitting process was causing long customer wait times and, perhaps more importantly, resulting in hundreds of thousands of dollars in lost revenue. There were also cases of misuse of authority, among them an unidentified Los Angeles World Airports director who lost their job after a scheme involving an employee was brought to light. “The investigation revealed that the director failed to protect City assets, engaged in outside business with the employee who was under their supervision, and violated other Department policies,” the report declared. 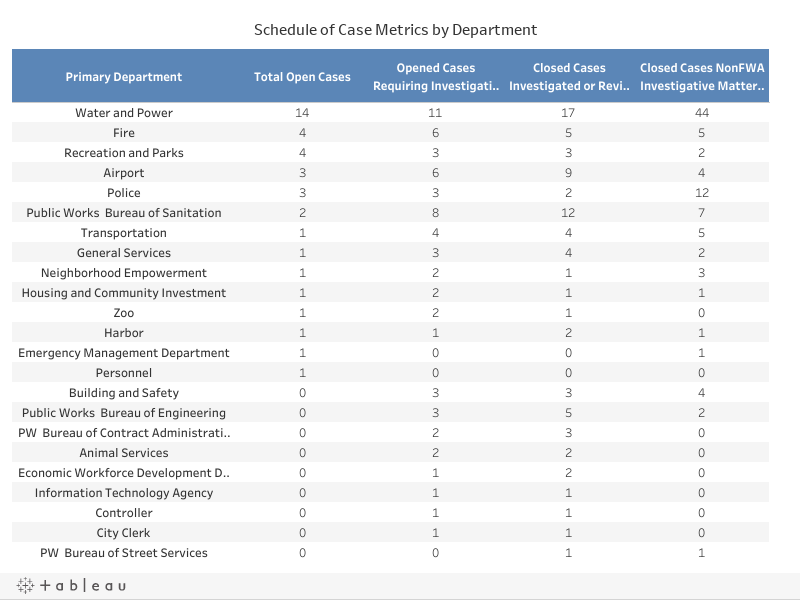 Other cases seem minor, but show that eagle eyes are watching. A Bureau of Street Services worker was disciplined for using someone else’s parking key card in an attempt “to circumvent the City’s parking waitlist.” A Zoo employee may have been surprised to be busted for driving a city-owned vehicle to lunch with co-workers. “The City has a strict policy on the appropriate use of City vehicles,” the report says.

If there is one certainty regarding the future, it is that in the wake of high-profile FBI investigations into City Hall, attempts are underway to make more people better watchdogs willing to speak out. The report states that an updated version of the online training for fraud, waste and abuse was sent to city departments earlier this year, and all municipal employees were expected to complete the training by April 1.

RELATED: As the Threat of Layoffs and Furloughs Loomed, Some City Employees Still Made Bank in 2020

Stay on top of the latest in L.A. food and culture. Sign up for our newsletters today.